Sudden death is a cause of tragedy, yes, but it is also invariably a whodunnit 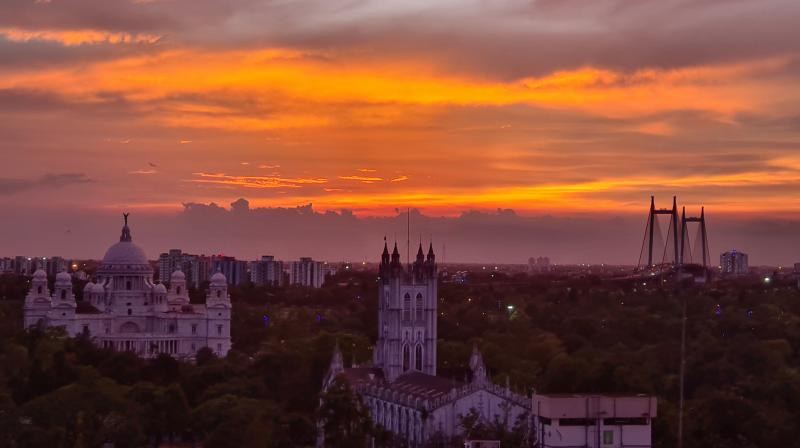 Until recently, this avian proximity had been nothing but charming, but of late, when I stand by my window at dusk, looking at bats circle our apartment complex, I’ve started to think they portend greater doom

I now live in the same house in which I was raised. From the 13th floor of a 16-storeyed high-rise, the monuments of Kolkata — Victoria Memorial, St Paul’s Cathedral, Vidyasagar Setu — all seem a stone’s throw away. The vista makes the city intimate.

When developers started selling the building’s 64 flats in the mid-1970s, buyers were, of course, enamoured by the perks of a Central Kolkata lifestyle, but it was the view, I’m told, that took their breath away.

Over the years, pigeons have come to make our windowsills their homes, while crows have grown accustomed to sharing some of our breakfast.

Until recently, this avian proximity had been nothing but charming, but of late, when I stand by my window at dusk, looking at bats circle our apartment complex, I’ve started to think they portend greater doom.

Barely a month after the country had gone into lockdown on March 25, we heard our neighbour on the 14th floor had passed away. The story of his death was harrowing. As his three children found their father gasping for breath, they tried hard to find him a ventilator.

After being denied admission by two hospitals, my neighbour, a garrulous man in his late 60s, died while on his way to the third. His final rites didn’t have much of an audience, but a few hours after he had cremated his father’s body, my neighbour’s son tested positive for Covid-19.

As he recovered in hospital, I noticed his sisters were barely turning on their lights anymore. From my bedroom window, I saw them quarantine in the dark.

With their panic sometimes bordering on hysteria, residents of our apartment complex came to fear an infestation.

Sudden death is a cause of tragedy, yes, but it is also invariably a whodunnit. Those who had come in contact with the Covid-infected father and son were now doubting their every stray cough, while others busied themselves with the impossible task of trying to deduce how the virus had reached the building in the first place.

Once all forms of amateur detective work had failed, one hoped that the municipality would help. Dressed in hazmat suits, they came looking the part, but, sadly, there were no nasal swabs or lengthy interviews. Seeing only our front gate being sealed felt anti-climactic.

Finding us desperate to ‘unlock’ with the rest of the city, the constables posted outside our building turned a blind eye when we surreptitiously started using the back gate to visit our friends and barbers. When the Amazon parcels and Swiggy deliveries started coming back in, we felt free.

Our prolonged isolation, we’d come to contrarily believe, had given us antibodies we did not have. Then, without warning, it happened again. Having resumed her evening walks at the Victoria Memorial, a middle-aged woman on the 12th floor is said to have returned with dengue one day. When tested, we’re told, she was Covid-positive, too.

Last week, a man with a heart ailment passed away in his second-floor home. Covid-19 had exacerbated his condition as well, and by the next day, his sister and help had also tested positive.

Strangely, these new cases haven’t caused much panic. With flats having become their own islands, my neighbours now seem inured to tragedies that unfold next door. The consensus is simple: life, or what’s left of it, must go on.

Even the municipality this time is letting us be. When I reduce the impact of Covid-19 on my building to numbers — two deaths and three active cases — I feel oddly comforted. I tell myself things haven’t gotten out of hand, yet.

But I am deeply aware that this numeric reduction doesn’t begin to encompass the dread of mortality I think I’ve seen in the eyes of some I’ve ridden the elevator with recently. You can reduce death to a number but its imminence is a lot harder to quantify.

My building has a WhatsApp group that swings into action every time a family finds itself in crisis, or when someone badly wants a special bread.

Residents also organise Zoom calls to discuss what action they should take to protect themselves better. I sometimes feel these digital interfaces don’t allow for a commiseration that can feel authentic.

My neighbours who have died recently deserve better obituaries. Regrettably, however, I only know they’d smile when they’d see you in the elevator. They were large, tall men, who wore their shirts tucked in. I hear they tried their best to provide for their families.

I know that when they died, their children were near them. Denied a chance to bid them a proper farewell, I imagine their relatives will find it hard to process their grief. But most importantly perhaps, I’m sure they’d have been happy with the purchase of their flats. The view here is truly great.