Triumph’s latest motorcycle is a classic mix of retro looks and refined technology. This way, it lives upto its name, in style. 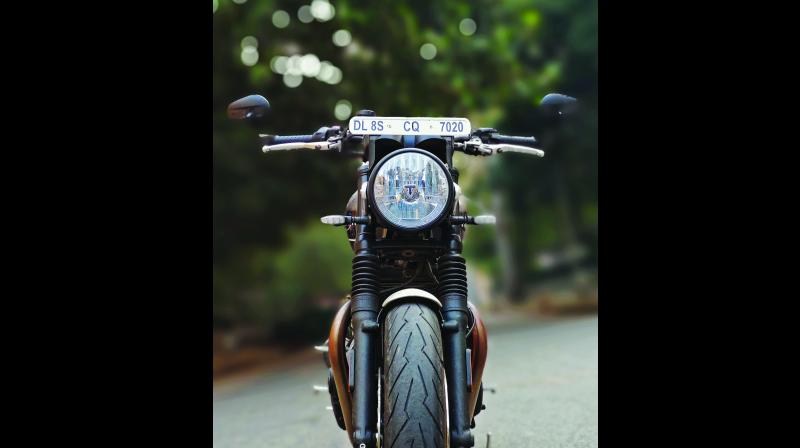 If you take a close look at the naming culture in the Triumph motorcycle range, there are some bikes that seem to be dubbed as a result of a mix-and-match game using four simple words — Triple, Speed, Twin, and Street. The models named with ‘Speed’ are the bigger than their ‘Street’ counterparts, while ‘Triple’ and ‘Twin’ refer to the number of cylinders. Combinations of these four words refers to three-cylinder naked sportbikes — the 1,050cc Speed Triple and the 765cc Street Triple — as well as the Street Twin, a ‘modern classic’ Bonneville with a 900cc parallel-twin. The newest member of the Bonneville family, the 1,200cc Speed Twin, not only adds the fourth and final piece to the name-game puzzle, the appellation holds a place of reverence in Triumph’s long history.

Design
The Speed Twin sits between the T100 and T120 in Triumph’s Bonneville family, and while they are both good-looking motorcycles, the Speed Twin manages to stand out and grab your attention with its powerful, forward-biased stance and its great approach to design. The big, rounded fuel tank scream ‘performance’ out loud! The sophistication comes out by way of the brushed aluminium parts, round LED headlamp and the twin-pod instrument console not only gives the motorcycle a distinctly retro look, but it also makes it look very cool. Overall, the motorcycle looks stylish, sharp and its fitting and finish are impeccable.

Engine
The Speed Twin shares engine and chassis features with other Bonnevilles. Like the new Scrambler 1200, the Speed Twin is powered by a ‘high power’ version of Triumph’s liquid-cooled, 1,200cc parallel twin with a high-compression head, a low-inertia crankshaft, a lighter clutch assembly and lightweight covers, and the engine is carried in a tubular-steel frame with aluminium cradles. But the Speed Twin’s ‘Thruxton tune’ delivers more output than the Scrambler, which is 96hp of power horsepower at 6,750 rpm and 112 Nm of peak torque 4,950 rpm. 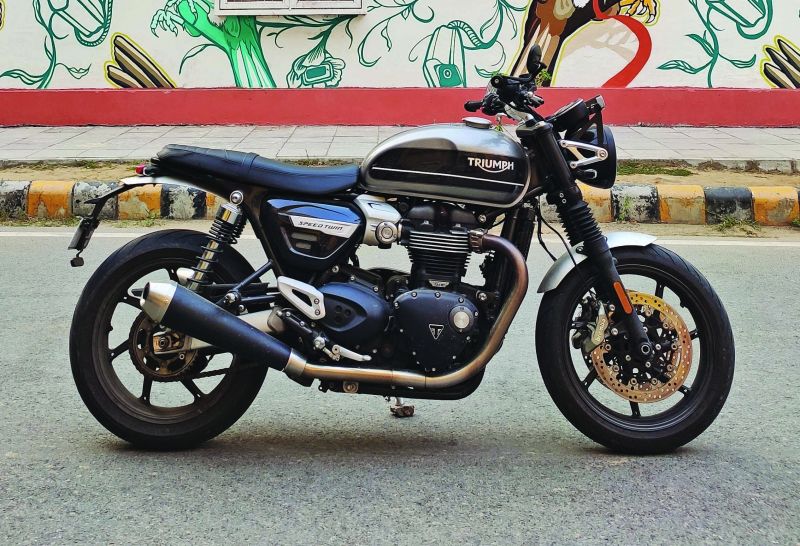 Performance
As soon as you push that start button, there’s a deep rumble that quickly transforms into a throaty roar as the rev needle swoops across the dial towards the 6,000rpm. It’s a symphony orchestra of sorts, replete with pops and crackles, and you will not get enough of it. In city roads, you don’t have to rev much, thanks to its powerful the engine. The tremendous amount of torque makes commuting on the Speed Twin so effortless and you’ll hardly feel the need to shift up or down the slick 6-speed gearbox. The overall Speed Twins’ friendly, punchy and extremely refined manner is a great achievement by the Triumph motorcycle. We rode the motorcycle in almost every kind of terrain, which means, traffic, broken roads and highways. Surprisingly, the Speed Twin not once felt out of place which is rarely the case with a motorcycle with a 1,200cc powerhouse. Yes, it gets a bit warm but then again, nothing uncomfortable.

Verdict
The Triumph Speed Twin is such a lovely package, and honestly, we really could not find any problem or flaw with this machine. With the price tag of Rs 9.46 lakh (ex-showroom), the Speed Twin cuts all its competition by a fair margin. This motorcycle is powerful, classy, beautiful and fearless that makes the Speed Twin begs you to push it to the red line, also its hardware framework is ever reliable. So if you’re looking for a motorcycle that does pretty much of everything and can be used on a daily purpose, then the speed-twin should definitely be on your list.