He said Q3 and Q4 of this fiscal would be certainly better compared to the sales in the Q1 and Q2. 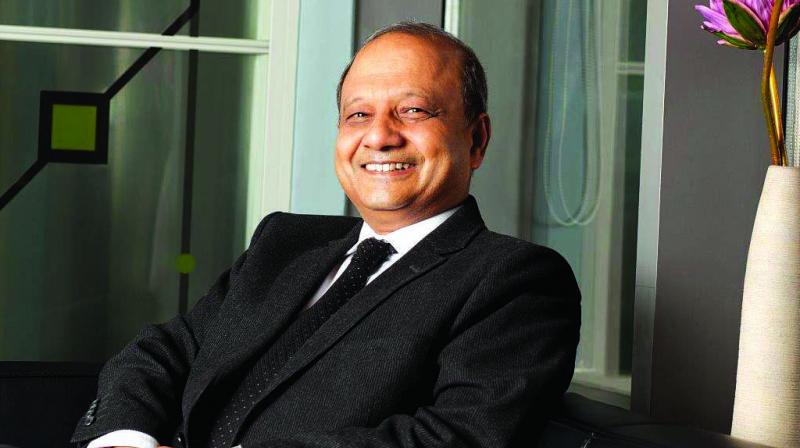 “We have seen some uptick in sales this festival season and the green shoots in the market are now showing,” Vinod Aggarwal, MD & CEO at VE Commercial Vehicles told Financial Chronicle.

He said Q3 and Q4 of this fiscal would be certainly better compared to the sales in the Q1 and Q2.

VE Commercial is a joint venture between the Volvo Group and Eicher Motors.

The slowdown blues had hit hard the commercial vehicle industry, the barometer of economic activity in the country, as a whole dragged down by Tata Motors, the top player, and Ashok Leyland, the second biggest, which together command about 70 per cent of market.

Overall, sales of the commercial vehicles, the barometer of economic activity, in the 5-tonne and above range in the first six months of this fiscal had dropped 36 per cent, while VE Commercial Vehicles was better off at 30 per cent decline.

“We have performed better than the industry. With sales now picking up from September right from Navratri, Dussera and Diwali, we expect that Q3 and Q4 will be better than Q1 and Q2,” Aggarwal pointed out.

According to him sales would also pick up because of the pre-buying of the BS-IV vehicles would have to be sold before the March 31, 2020 deadline. These vehicles cannot be sold in India once the stringent BS-VI fuel emission norm kicks in from April 1, 2020.

The major difference between the existing BS-IV and forthcoming BS-VI norm is the presence of sulphur in the fuel. These emission standards were set by the government to keep a check on the pollutant levels emitted by vehicles that use combustion engines.

The BS-VI compliant vehicles are expected to reduce pollution in the air by 80-90 per cent.

“We expect pre-buying of BS-IV vehicles by fleet owners and other to pick up as BS-VI compliant commercial vehicles will cost more in the range of 7-15 per cent of the cost of the vehicle depending on the tonnage model,” Aggarwal said.

Also, there are other positives in the market like interest on loans going down, liquidity being available and an excess monsoon rains by over 10 per cent which would lift up market sentiment and boost sales even as floods had impacted mining activity at present, he said.

“Though transportation is idle at about 35 per cent, we expect gradual pick up as e-commerce, FMCG, steel and cement industry was picking up boosting sales of commercial vehicles,” Aggarwal said. However, car and two-wheeler transportation was down by about 20 per cent, he said.

Aggarwal said his company’s experience in supplying Euro-VI engines manufactured at its factory in Pithampur, near Indore to the Volvo Group in Europe and Asia would come in handy while producing BS-VI vehicles for the local market.

“As far as BS-VI is concerned, we are in an advantageous position compared to rivals,” he said, adding that the company had produced and delivered more than 1 lakh Euro-VI engines to Volvo globally for more than six years.

“We understand the nuances of the BS-VI technology. We have a lot of learning and experience from the Volvo Group and those have been incorporated in our development for BS-VI in India,” Aggarwal said.

He said VE Commercial Vehicles was the first company in India to unveil India’s first BS-VI compliant CV range, in June this year, with the introduction of Pro2000 series trucks.

The company is already testing these vehicles across the country.

“Once the BS-VI fuel is made available, we are all ready to sell these vehicles,” Aggarwal said.

While this fuel is available in Delhi from Oct 1 to curb pollution, Union Minister Prakash Javadekar had announced in September that the BS-VI fuel will be made available in the country from April 1 next year.