CSB Bank IPO: Analysts say give it a miss

The Bank is going for the IPO mainly to meet the Reserve Bank of India’s requirement of listing the bank. 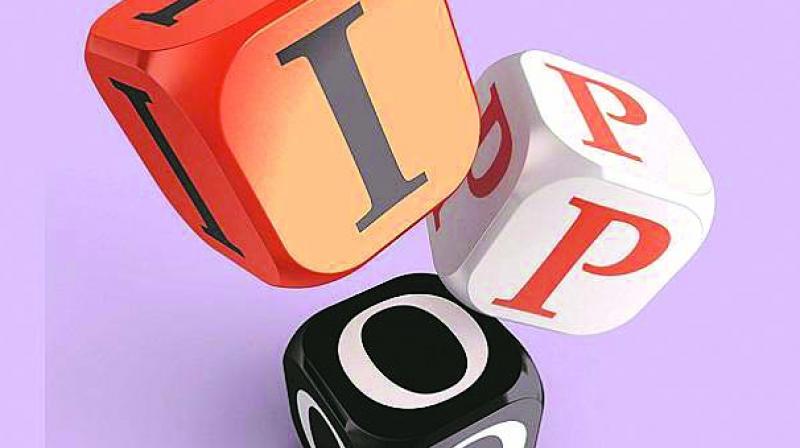 The IPO size will be about Rs 410 crore, including fresh sale of Rs 24 crore and the balance being offer for sale of Rs 385 crore, at a price range of Rs 193-195 by existing investors.

Mumbai: CSB Bank, formerly known as Catholic Syrian Bank, is set to launch its IPO on Friday, and will close on November 26. The Bank is going for the IPO mainly to meet the Reserve Bank of India’s requirement of listing the bank.

The IPO size will be about Rs 410 crore, including fresh sale of Rs 24 crore and the balance being offer for sale of Rs 385 crore, at a price range of Rs 193-195 by existing investors.

However, the key strategic-investor-cum-promoter Fairfax India Holdings– Mauritius (FHIM) that holds a 50.1 per cent stake remains committed and is not tendering any shares in the IPO although it will have to reduce stake to 15 per cent from 50.1 per cent over 15 years.

CSB in its old avatar was plagued with issues relating to unions, weak asset quality and sub-par capital position, pushing the bank to near-PCA like restrictions by the RBI. However, it has seen a major transformation after the appointment of incumbent MD& CEO C.V. Rajendran, a veteran banker. The bank has seen steady decline in GNPA ratio to 2.9 per cent from a high of 7.9 per cent in FY18, mainly due to heavy write-offs. Within the corporate book, it has increased the share of A-rated and above portfolio to 77 per cent from 35 in FY17. While financials improved, risks remain.

For instance, the RBI restrictions on opening new branches remain, though the regulator May 13, 2019 granted it permission to to open 10 branch offices. Secondly, the bank has regional concentration in southern India.

“Overall the SMA pool stands at 1.6 per cent of loans. However, we remain concerned about its corporate/SME portfolio, particularly in the current stressed environment and its sub-par non-technical provision coverage ratio of 32 per cent, which will keep credit cost higher and thus remain a drag on Return on assets,” says Anand Dama, Analyst at Emkay Global.

“The second phase of transformational journey to take the bank to new growth phase will be challenging, particularly given current stressed scenario and rising competitive intensity, where even established (Federal Bank) and promising banks (RBL) have slipped,” added Dama.

“We recommend invest-ors to give it a miss as other banks, such as Federal Bank, DCB Bank, Karur Vysya Bank, South Indian Bank, are available at cheaper valuations,” said another analyst.