Oil prices jumped to their highest in over two months, as the easing of global lockdowns boosted 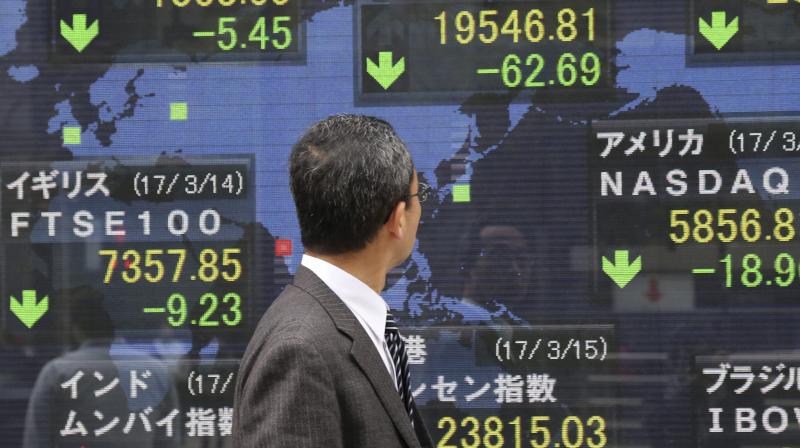 SYDNEY: Asian shares jumped on Tuesday and oil extended gains on optimism the global economy would recover quickly following a successful early-stage trial of a coronavirus vaccine, while the euro hovered near a two-week top.

Japan's Nikkei .N225 added 2% to the highest since early March.

The gains followed a rally on Wall Street overnight after data from Moderna Inc’s (MRNA.O) COVID-19 vaccine, the first to be tested in the United States, showed it produced protective antibodies in a small group of healthy volunteers.

Analysts, for now, expect a steep contraction in world growth with the outlook for 2021 still uncertain with no approved treatments or vaccines for COVID-19 currently.

Experts predict a safe and effective vaccine could take 12 to 18 months to develop.

“It may be the case that central bank liquidity is chloroforming markets to overlook risks such as overleveraged corporate and government balance sheets, growing COVID-19 case numbers, growth holes and a slow recovery path,” analysts at Perpetual wrote in a note.

The vaccine optimism sent treasury yields surging overnight as investors dumped bonds, while gold came off its peak. Spot prices were last up 0.4% $1,739.2 an ounce.

There was good news in Europe too, after France and Germany called for the creation of a 500 billion euro ($543 billion) Recovery Fund able to offer grants to the countries and regions hardest hit by the coronavirus crisis.

The euro hovered near a two-week top at $1.0907. The British pound was up 0.1% at $1.2201. The risk sensitive Australian and New Zealand dollars were also up slightly.

The safe haven yen eased on the greenback to be last at 107.40 per dollar.

“Business survey data for the U.S. improved to merely terrible in May, up from truly awful in April,” JP Morgan Chase economists said in a note on Tuesday.

“But collectively these data support our forecast that monthly activity measures from May onward should, in general, start to look better as restrictions are gradually eased.”

Oil prices jumped to their highest in over two months, as the easing of global lockdowns boosted hopes of economic activity and as producers appeared to be following through with planned production cuts.