Age Debate: Are Chinese goods boon or bane for us

Using Navratri is a good way to take our message to the common public. 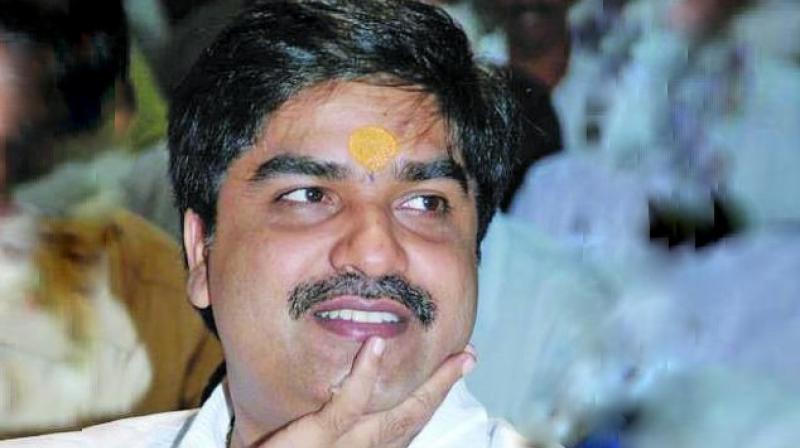 Using Navratri is a good way to take our message to the common public. Even Bal Gangadhar Tilak has done it, so using this festival as a method to spread our word is a good thing and the need of the hour. Firstly, we need to understand that India must become a manufacturing hub. Most of our employment comes from the service sector, and not from the manufacturing sector. This is not favourable for our economy. We have always had a swadeshi movement and if our people get into the manufacturing sector, our economy will only increase.

One needs to understand that from 1956 till date, China has acted against India and its interests. However, we cannot put a blanket ban on the import of Chinese products, because there is a technical issue as we are signatories to many World Trade Organisation treaties.

It also has to be noted that when Mahatama Gandhi started the Swadeshi movement, there were many options available in terms of clothes, but people nonetheless boycotted foreign goods and made the movement a success. So now, even Indians should start using only those products that are made in India, instead of cheap Chinese products.

In the past 20 years, nearly 90,000 Indian civilians have been killed in terrorists attacks, all these being Pakistan sponsored. Countries across the globe are against terror, including Afghanistan and the whole of the western world. But China is supporting them. Even in the United Nations, where India is trying to get Jaish-e-Mohammed chief Maulana Masood Azhar to be declared as a terrorist, it is China that is blocking the effort towards this end.

China, in fact, is doing everything in its power to act against India’s interests. Yet, we have trade worth Rs 70 billion between India and China. But mind you, this trading favours China more than India. If every Indian stops buying products coming in from China, a strong message will go out and the Chinese economy will suffer.

This will surely force China to stop interfering in our internal matters.

$ China is doing all it can to hurt India’s progress

*** The RSS is using the medium of Navratri mandals to take its propaganda to the public. Even Bal Gangadhar Tilak used Ganesh Chaturthi to spread his message. So I cannot blame the medium here. It would be wrong since everyone does it. However, asking common Indians to stop buying or using Chinese products is what I have a problem with. Firstly, one should understand that it isn’t China that is directly exporting the products here in India. Most flights flying to Beijing or Sanghai have 90 per cent of their passengers coming in from the country looking to trade with China.

The RSS, when it comes up today with the propaganda of asking people to boycott Chinese products, should introspect about how well its wing, Swadeshi Jagran Manch, has fared in the past 25 years. The whole agenda of the Swadeshi Jagran Manch was to counter globalisation, but they haven’t been able to do it. To add to it, both A.B. Vajpayee and now Narendra Modi followed the economic policies of Narsimha Rao and Manmohan Singh respectively, inclining towards globalisation.

They have Swadeshi Jagran Manch since 1991 and the RSS since 1925, but they have never had a steady, stable approach towards swadeshi products. Also, such talk is redundant in the age of globalisation. In today’s world, there is no place for petty nationalism. The economy should be independent of such propaganda. The RSS is busy selling pseudo-nationalism on this issue. But it should stop now as it lacks three important factors — sincerity, commitment and originality

China doesn't come to India to export goods. Instead, one should see how many people from here go to China to buy products. Swadeshi Jagran Manch should first identify such people, since most of them are their supporters anyway, and then find out how many are willing to listen to them.

$Such talk is redundant in a globalised world