Age Debate: What’s in a label

In the past 70 years, Pakistan has been instrumental in trying to repeatedly bleed us despite disgraceful defeats in 1965 and 1971. 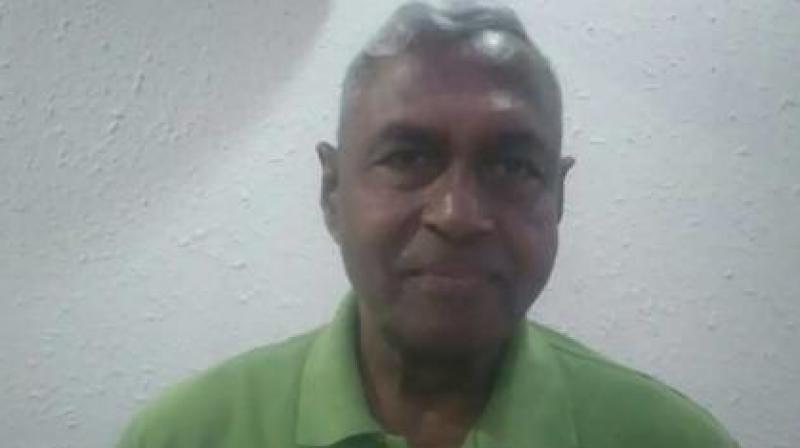 In the past 70 years, Pakistan has been instrumental in trying to repeatedly bleed us despite disgraceful defeats in 1965 and 1971. After the 1971 war, Pakistan chose to use terrorism as the covert weapon to fight us and on many occasions has been able to inflict damage and get away.

Two main reasons for our inability to contain cross-border terrorism are lack of demonstrative political will combined with neglect of taking recourse to the military option to effectively counter and pre-empt terror activity and attacks and the abiding fear of a full-scale war, including use of nuclear weapons by the adversary.

Our diplomatic pressure has not succeeded in declaring Pakistan a “terrorist state” and it continues to get aid from countries like the US on one or the other pretext. There is no denial that once Pakistan is declared as a terrorist state, the international community will have to stop funding Pakistan to promote its terror activities. However, Pakistan has and will still retain enough determination and strength to inflict damage on us.

In many ways, Pakistan is a strange case. Although it is seen as a close ally of the United States in the “war against terror”, it has nurtured jihadis of various hues. Terror outfits like the Lashkar-e-Tayyaba are banned by international organisations, yet they thrive under the patronage of Pakistan. This terror network sponsored by Pakistan straddles at least India, Pakistan and Afghanistan.

For instance, there are more than 150,000 madrasas or schools in Pakistan that churn out committed fundamentalists who take to religious extremism and violence under the name of jihad.

Therefore, whether terror attacks will stop if we declare Pakistan a terrorist state is an easy no-brainer. Until and unless state policy in Pakistan changes drastically and there is an end to the jihad factories, Pakistan will continues to export terror.

At the same time, India will have to demonstrate a very strong political will with unified support from all parties and, most important, projection of a very strong, well-equipped armed forces capable of taking independent, swift and decisive action to destroy the military power of the enemy, cross-border terrorism will not be contained.

To be able to give a befitting reply to any terror action, the nation also needs to be disciplined to show strong solidarity and courage. Successive governments have failed to govern, perform their executive role, and ensure the rule of law. We seem to be a democratic country for the benefit of only those who can spend money, have muscle power and win elections on the basis of caste and religion.

It is equally imperative for our elected representatives to discipline themselves first. For our elected leaders, religion and caste are the tools to remain in power. It is unfortunate but true that we as a nation are genetically indisciplined. It is natural for us to break rules and look the other way when someone else is doing the same. It has become our national character to disregard even the basic norms of civic wisdom. Our adversary not only sees our weak national fibre but also knows where to hit us at the place and time of his choice. The mere declaration of Pakistan as a terrorist state is just one step towards containing cross-border terrorism, and this alone is not enough.

$It will keep exporting terror

The world is facing a binary of modernity and medievalism. A modern mind believes in freedom, social and cultural pluralism and the medieval mind is its counter-narrative. The latter uses a culture of honour to establish its domination. This mindset is being represented by organisations like Jaish-e-Mohammed, Taliban, ISIS and other Islamic organisations.

There are some pertinent questions: Who funds and patronises these organisations What is the source of latest weapons used by them And who are the sovereign states that give or allow training for destruction of “others” The answer to these questions unravels the real force and face behind the emerging challenge of terrorism.

One country where the headquarters of all such organisations operate with impunity is Pakistan. It is also a recruiting and training ground for terrorist organisations and also provides safe hideouts for them. Does any one need extra evidence for this

It is a myth and a farce to say that Pakistanis are not anti-India and are peace-loving. There may be a handful of such people in Pakistan, but they do not represent the collective conscience of society. There is not a single example in the history of Pakistan that their civil society, artistes and editors stood up against terrorism and taken a rational view on the India-Pak relationship. A majority of them are India-haters and as long as they consider the two-nation theory was morally, politically and psychologically justified, they cannot adopt multiculturalism and secular democracy.

Prime Minister Narendra Modi genuinely used all formal and informal modes to create a friendly atmosphere between India and Pakistan even at the risk of criticism in domestic politics.

They are the extended hands of the Pakistani state. Moreover, their terror strike is no longer limited to a particular nation or people, but a threat to the human race. Nato in general and the United States in particular failed to detect its malignancy until they ferreted out Osama bin Laden in Pakistan.

Therefore, India’s move to declare Pakistan a terrorist state is not due to conflict over a piece of land. It is also a struggle of mind and heart.

You cannot expect the end of terrorism and at the same time negotiate with Pakistan. Terrorism and Pakistan are synonyms. It should be renamed as “Terroristan”. It is only when the world isolates Pakistan and declares it a terrorist state that its terrorist networks and its Army will be weakened. It is only then that a churning in their civil society can be expected. A secular, democratic Pakistan is more than an utopia. A policy of deprivation, discrimination and denial is the only way to deconstruct their destructive mindset. Those taking training in terrorist camps are not motivated by any mission to serve the poor, helpless, strengthen gender justice and peaceful world order, but to destroy humanity and blackmail the free world. The world has till now pampered Pakistan, but now it’s time to dampen it.

Rakesh Sinha is director of the India Policy Foundation, an RSS-affiliated think tank

$No need to pamper Pak any more