Web side story: The good and bad of the deep dark net

Using Bitcoin as currency allows these markets to supply their customers with everything, from drugs to weapons, anonymously. 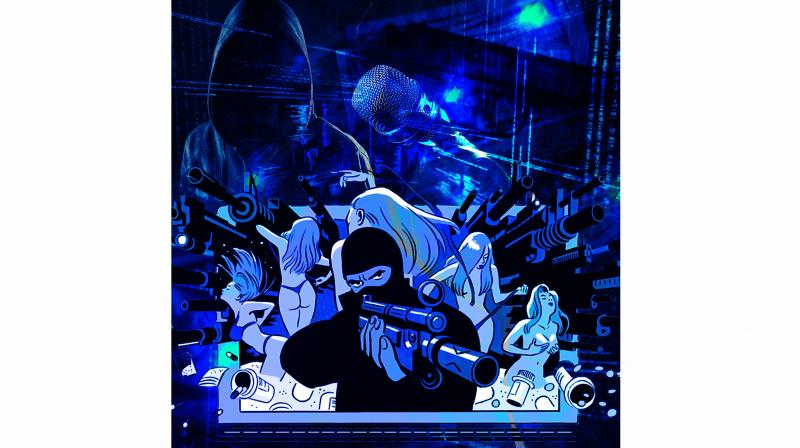 The Tor browser, which provides access to sites on the dark web, is mainly being used by people to get on to Fb without the fear of someone snooping on their data.

If a pirate from the 17th century — who took to the open seas in search of freedom and unregulated trade routes — was magically reborn as a millennial in 2017, he or she would be totally immersed in the dark web.

Of course, such a pirate could also be looking to steal everything you own, or sexually exploit vulnerable people. This is what makes the dark web such a grey area. It gives you access to everything from book clubs to child pornography, but most importantly, it lets you do what you do anonymously.

So, what exactly is the dark web? It is a part of the Internet that can only be accessed through the use of specific tools that allow users to enter encrypted networks which can’t be accessed through the normal browsers that most people use. Search engines such as Google won’t be able to directly take you to sites on the dark web. These can only be accessed using special browsers such as Tor, which can open sites with the domain “.onion”.

The defining feature of the dark web is anonymity. Thanks to a complex process of layered encryption, tracing anyone who visits dark web sites, or even hosts them, is a near-impossible task. This means that in this corner of the Internet, anonymous people talk, transact and interact with each other — but it’s not all chaos.

“The dark web is a very organised place. It has to be so because it involves people using fake names and fake addresses to transact real business that involves real goods and real money. A highly-organised structure is essential to keep this going,” says entrepreneur K. Kalidas, former COO of Mindhelix Technologies.

One of the most popular parts of the dark web is its marketplaces. Using Bitcoin as currency allows these markets to supply their customers with everything, from drugs to weapons, anonymously. One of the most well-known such markets was a website called Silk Road, which the FBI (Federal Bureau of Investigation, the American internal security agency) managed to shut down in 2013, but not before it had operated for a full two years and did business worth millions of dollars.

The web’s darkest parts also host other very dangerous content, such as versions of the Blue Whale Game, which has claimed hundreds of teenaged lives all over the world, including India. But, there’s more to the dark web.

The encryption and the anonymity means there is no government oversight, and this in turn makes it a haven for those who want to speak truth to power. There are, for example, many forums and websites on the dark web for whistleblowers. Many independent news organisations, including the Pulitzer-winning ProPublica, have versions of their websites on the dark web.

“In an age where privacy is a real concern for many people, who feel that the moment they go online, big corporations and the government —not to mention other individuals — can see every move that they make, the dark web is actually a viable alternative,” says Sandeep Rana, a computer programmer and physicist from the Indian Institute of Science Education and Research.

The increasing concern about privacy has led many mainstream social networks, including Facebook, to host versions of themselves on the dark web.

“Many go to the dark web just to play chess,” Rana says.

Journalist Jamie Bartlett, author of the book The Dark Net, said in a TEDTalk that the future of the Internet may involve a larger share for the dark web because of the concerns about privacy and security that people feel while surfing the normal web. “The dark net is no longer a den for dealers and a hideout for whistleblowers, it’s already going mainstream,” he says.

The Tor browser, which provides access to sites on the dark web, is now mainly being used by people to get on to Facebook without the fear of someone snooping on their data, according to Bartlett.

So though the dark web allows criminals to sell illegal things online and host child pornography with impunity, it also allows people to spread awareness and exercise free speech, even if they live in a dictatorship. Put simply, the dark web is both bad and good; it is both a treacherous black hole and a beacon of hope for a more free society. In the end, it comes down to the centuries-old debate about free society versus regulated society. Even as technology surges ahead at breakneck speed, the core questions and debates remain the same.