Back to life: Regeneration of the heart muscle

Researchers have developed a new modality of therapy which aims at reversing heart failure by getting the heart muscle to regenerate itself. 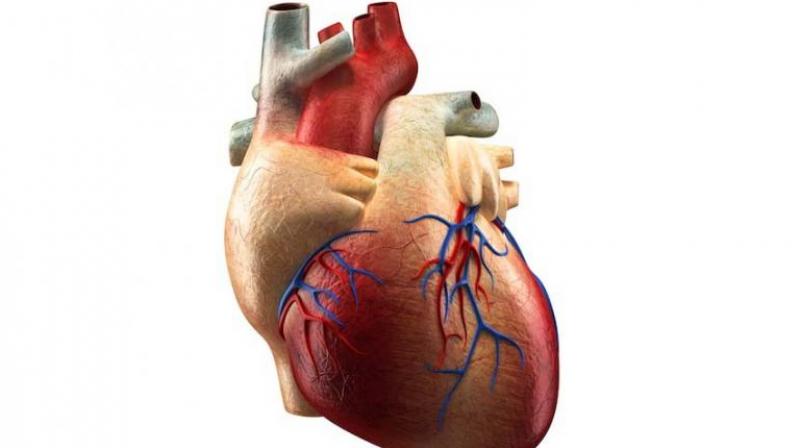 Heart failure occurs when the heart is unable to pump sufficiently to meet the oxygen and nutrient requirements of vital organs of the body.

Heart failure occurs when the heart is unable to pump sufficiently to meet the oxygen and nutrient requirements of vital organs of the body. The signs and symptoms commonly include shortness of breath, leg swelling and tiredness. Heart failure remains the leading cause of mortality in heart disease. Around half of the patients with heart failure do not live more than five years after diagnosis.

Those with severe heart failure have no treatment options apart from heart transplant or Left Ventricular Assist Device, which is a heart pumping machine given to patients as a temporary measure  while they await a heart transplant. We have a major unmet need for treating severe end stage heart failure. Researchers have developed a new modality of therapy in the form of Stem Cell Transplant. This aims at reversing heart failure by getting the heart muscle to regenerate itself.

Stem cells are nature’s own transformers. When the body is injured, they travel to the scene of accident. Some come from the bone marrow and modest numbers of others come from the heart itself. Additionally, they are all not the same. They may help heal damaged tissue. They do this by secreting local hormones to rescue damaged heart cells and occasionally turn themselves into heart cells.

In this technique, a doctor extracts a sample of bone marrow from a patient, processes it for two weeks to enhance it by increasing the number of beneficial stem cells and then injects the processed stem cells into the same patient’s heart muscle. Sometimes, the stem cells are injected percutaneously via the groin which is comparable to an open heart surgery. The goal of the procedure is to strengthen the heart by increasing the number of functioning heart muscle cells, an approach broadly known as regenerative therapy. This is thus a novel method, a less invasive one, aimed at regeneration of dead tissue, which is promising to be a major breakthrough in the Indian scenario.

(The writer is Senior Cardiologist and  Electrophysiologist, Yashoda Hospitals, Secunderabad)