Over a barrel: Frightful scenario of ghost guns

DIY guns may add to the problem of gun control even as the Las Vegas massacre demonstrated the extent of unlimited firearm ownership. 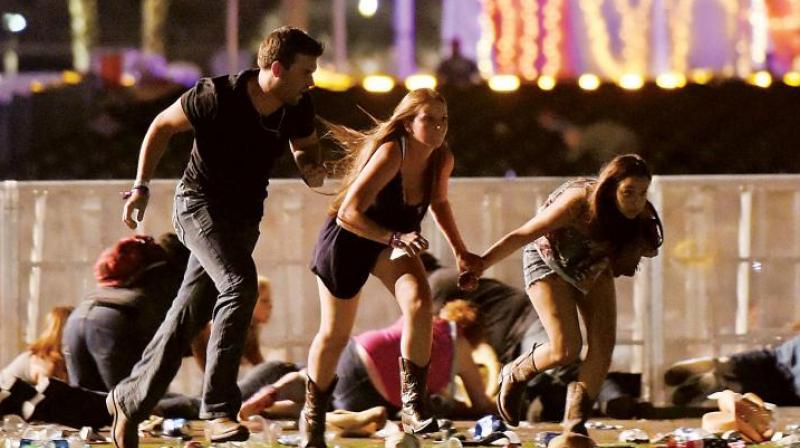 The Las Vegas gunman increased his firepower manifold with a “bump-stock” on two semi-automatic weapons, converting them into fully automatic death dispensers shooting 400 to 800 rounds per minute with just one touch of the trigger. Such new technologies that retrofit weapons and bump up their capabilities are bad enough. While the US may be fundamentally wrong in allowing just anyone to buy a firearm, emerging new tech may make any controls redundant. Take a person named Cody Wilson who created the world’s first 3-D printed gun, which is a deadly plastic weapon anyone who can afford the expensive $1,500 printer can make at home with a download and a few taps of the keyboard. He has gone a step further in making a milling machine that could churn out an untraceable AR-15 rifle from a chunk of aluminium. And now, Wilson is on to making a ‘ghost gun’ — a concealable, untraceable and entirely unregulated metal handgun, according to Wired magazine.

Even should the authorities strain every sinew to regulate the sale and use of weaponry, the problem is that the underworld is never more than one step behind, and probably several steps ahead, in adapting technology to beat the regulatory system. If the printed gun seemed the worst nightmare of the authorities, imagine the sleepless nights the ‘ghost gun’ will impose on those tasked with keeping order and making the laws stick. Wilson’s objective is universal access to arms, this being the gun creed of a radical libertarian who feels compelled to take on every restriction imposed, be it gun control or clamping down on hate speech. How do you solve a problem posed by people with such beliefs?

Technological advances, when used to suit a specific nefarious purpose, can be deadly. There’s the gun milling machine that can finish a handgun’s frame in about an hour with minimal human interaction. Under US laws, the frame thus made is the only regulated part of the pistol. ‘Under current US law, every other part of the gun, from its barrel to its slide to its tiny firing pin, can be ordered online with no questions asked. Making that one element at home means the entire process of assembling a working weapon requires no identification, no background check, no waiting period, not even a serial number that would allow the Department of Justice to track the gun’s existence,’  says the Wired magazine article.

Gunrunning remains the most profitable business in many parts of the world. The illegal sales of countrymade guns are more of a problem in India, which has one of the tightest controls on firearms ownership, even if corruption dilutes the principle behind such rigid controls. As technology gallops, spotting guns may be getting even more difficult. If the imaginativeness behind spy movies creating guns that won’t show up on scanners becomes real, the authorities will be the ones suffering the headaches.

Las Vegas, the holiday capital of the world, is so easygoing on security protocols that the killer Stephen Paddock could take 23 guns in his luggage to his room. This may not happen elsewhere as hotels routinely scan luggage and handbags as guests pass through metal detectors. But such procedures are unheard of in a city that came up in the middle of nowhere, with the original Italian Mafioso from the eastern seaboard seeking legitimacy by backing casinos in the Nevada desert.

The rude wake-up call on security in a polarised environment may be heeded without spoiling the fun angle of visiting Vegas. The larger issue is the fear of printed and ‘ghost’ guns may be about to explode while American society remains chary of revisiting gun control measures. It is chilling that the inventor of a couple of fierce DIY guns believes technology will doom governments to failure while the Internet spreads knowledge without borders.