Addiction: Smartphones — How much is too much?

As smartphones get smarter, it is getting impossible for people to be without their devices. 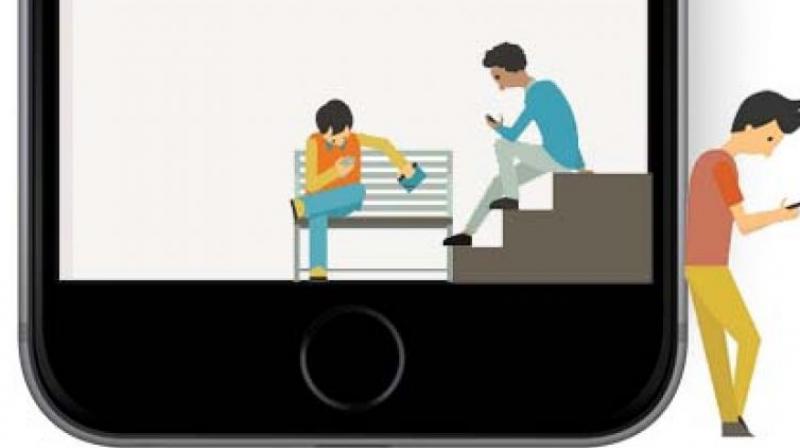 On a typical day, the average person is said to check their phone 85 times while spending in all about 5 hours on phones each day.

The smartphone has been in the crosshairs in the New Year. Two Apple-made billionaires have written to the company urging it to study if iPhones are proving addictive to children and whether such addiction may be bad for their mental health. The actor-turning-politician Kamal Haasan was slamming the free gifts of laptops to students asking the Tamil Nadu government if the devices alone could improve knowledge as much as the knowledge to use the computer or mobile phone.

The explosion in media space would have us believe that the smartphone is today’s greatest or gravest civilisational challenge. But didn’t the world think the same when the television was addictive to the extent of being dubbed the “Idiot box” or the early video game was so absorbing one could spend hours or even days trying to catch parachuting soldiers from falling into the sea by moving the boat or we spent all night in Internet chat rooms in successive decades before the new millennium reached us and gave us the first true smartphone in 2007, a gift from Steve Jobs?

Of course, there are serious issues involved, like the unintentional negative consequences on young people’s health and growing body of evidence as to the deleterious effects of addiction as in students being distracted by digital technology in classrooms. And we are not even straying into the more difficult territory of cyberbullying and suicidal tendencies among youth.

Even then we cannot dismiss the thought that the smartphone is the contemporary emblem of whether one believes in progress or decline. As smartphones get smarter, it is getting nearly impossible for people to be without their devices, lest an emergency befell. And as they do more and more functions of handheld computers or devices like tablets, smartphones have become inseparable companions for all.

It boils down then to finding a balance, which is easier said than done. In the history of mankind, all powerful tools have shown a tendency to help or harm. What sets the phone apart is it is the single largest device ever possessed by mankind as billions own one, its universality as much an index of progress as it is of a ubiquitous nuisance capable of causing addiction. But then you could have said the same thing of alcohol and drugs.

On a typical day, the average person is said to check their phone 85 times while spending in all about 5 hours on phones each day. And this is for people of all ages and so there is only a fine line between what is considered normal phone use and device addiction. Given the new ecosystem we live in with smartphones extending the pervasive hold of technology, there are any number of apps coming up that are supposedly helpful in rationing phone and device use.

The more important issue is of parental controls. At what age do we give children their first smartphone because there is a risk of addiction, attention deficit disorder and abnormal behaviourial traits like social isolation being engendered?  This is a dilemma all parents face and there are no scientific answers to this. But parental controls will be the next big thing.

Considering man has battled technophobia through several generations of devices from radio, television and video game down to the smartphone now, finding the mean will have to come somehow. Is it any easier with girls than boys?

There are more troubling questions over whether depression can be linked to social isolation from obsessive device use and so on. The chances are technology is not going to find the solution. Apple could well be stumped on how to make their phones less addictive.

While the debate goes on about obsession and addiction, smartphones will continue to make themselves so handy that they will be an inevitable part of mankind’s armoury for everyday life.

From running more and more things by automation in homes and even cars with the phone apps as remote control to checking common health parameters like blood pressure and glucose levels while counting every step that you may take in a day, the smartphone is going to be a monitor of health and well-being too.  The sky is the limit here as innovations will add more features by the day.

Meanwhile, the corrosive effects of technologies of the new world will continue to be under fire, as in George Soros saying at the World Economic Forum that Facebook and Google have become “obstacles to innovation” and are a “menace” to society whose “days are numbered”.

The only word of caution would be to look after the children by thinking deeply how all this will impact them when they are still young. As Hillary Clinton said, “Don’t let them steal the innocence of our children.”