The actor has shared some special gems from their sessions together! 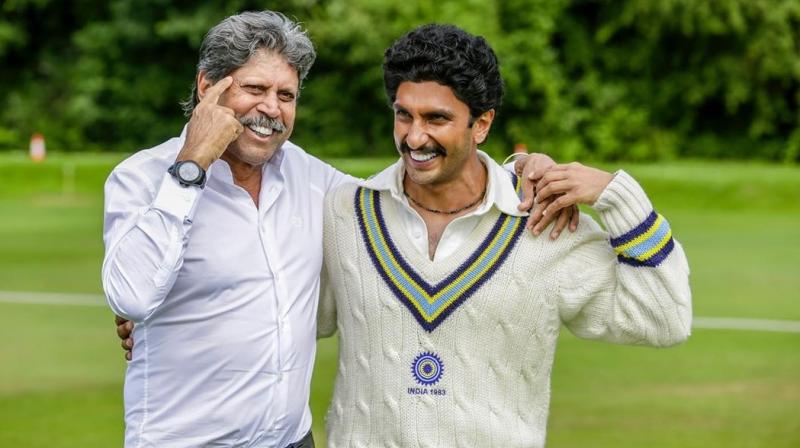 Mumbai: The Kabir Khan directorial '83 is going to hit the screens and is going to be a forever living film of the decade, already touted to be the biggest sports film of the year. The film chronicles the iconic win of India in the 1983 World Cup. Actor Ranveer Singh is essaying the role of then-captain Kapil Dev and on the occasion of the latter’s birthday today, the actor has shared some special gems from their sessions together!

A throwback to the time when Ranveer’s first look was revealed, the uncanny resemblance broke the internet and the fans went gaga over the look completely. This movie being so special is going to make all the hearts race again as the match was an extremely critical one and yet again was managed to be won by Kapil Dev and the Indian squad which we will be able to relive with Kabir Khan directorial.

The film ‘83 traces the iconic win of the Indian cricket team at the 1983 world cup against West Indies as they made history and picked the World Cup for the first time ever.

Ranveer Singh playing the iconic Kapil Dev, to Tahir Raj Bhasin as Sunil Gavaskar, Saqib Saleem as Mohinder Amarnath, Chirag Patil as Sandeep Patil, While Deepika Padukone will be seen in a cameo avatar playing Romi, Kapil Dev's Wife. The film, ‘83 has a huge ensemble cast and an exciting one.

Touted to be the biggest sports film of all time, ‘83 is being co-produced by Madhu Mantena, Sajid Nadiadwala and Reliance Entertainment. The movie is slated to hit the screens on 10 April 2020.