Think socialite and we instantly imagine a well-dressed woman air kissing her way from one party to the next. 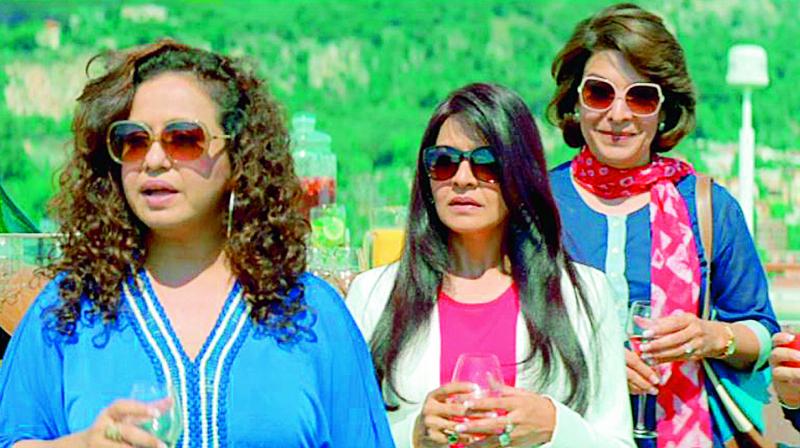 Socialite, a term once revered by Page 3 has no takers now; A still from the movie Dil Dhadakne Do

I think she’s the prettiest lady I’e ever seen Her hair has meaning and volume and such a shine Sometimes, I think maybe I could go and talk to her... (from the Hollywood movie, The Socialites)

They are the most familiar faces in the party circuit, making their presence felt with their svelte figures, high heels and stunning outfits. And true to the lyrics of the song, these socialites — glorified creatures who hail from a wealthy background, get featured regularly on Page 3.

In India, the likes of Queenie Singh, Feroze Gujral, Neha Dhupia, Kalyani Chawla or Priya Sachdev not only enjoy spending time attending fashionable social gatherings but they also run several businesses, raise money for charity, and are involved with a myriad philanthropic activities. All of them detest being called socialites.

“One reason could be because of the literal meaning of the term ‘socialite’ as a person who just parties a lot! It gives an impression that all the social activities they get involved in are just for fun, entertainment and being featured in glossies. While that may be the case, several events also back social causes,” says actor-turned-entrepreneur Vasuki Anand. 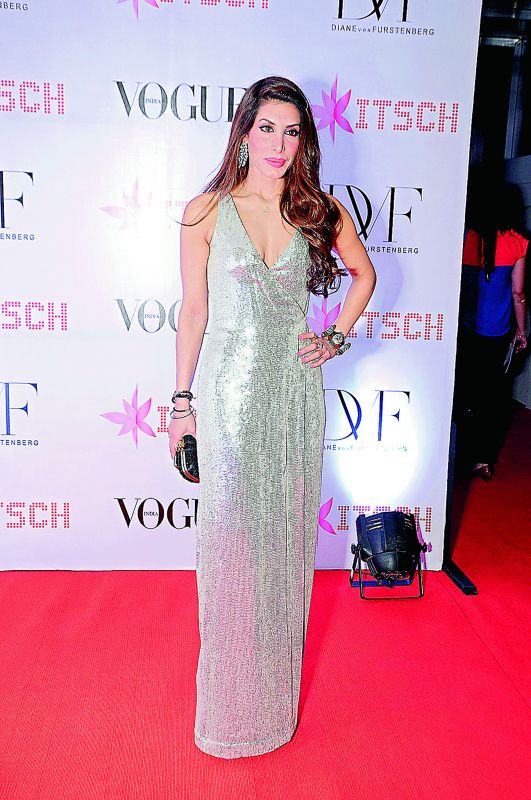 To many, the term socialite instantly conjures an image of someone flighty, whose main activity is dressing up, partying and generally having a good time. “I don’t like labels and am not fond of this one as it creates an incomplete impression of the person. As a woman, it’s bad enough that people draw assumptions based on how you look and how you dress. Add a label like ‘socialite’ to it and it discounts who the person is and what she does,” says Sabina Xavier, chief operating officer of Y-Axis.

Sabina adds, “I wake up at 6 am. I am a good mother and wife, read and answer over six hundred emails a day, run the day-to-day operations of my company and spend a good part of my day with Heal-a-Child. It’s a busy, satisfying, thrilling and complete life. I am not unique and many of my friends are just like me. However, we also love the good things in life that we’ve worked so hard for. We like to dress up and go out. ‘Socialite’ simply boxes us in and doesn’t really describe us a whole.”

Not surprisingly, the term is still attached to wealth and being socially recognised, thanks to popular culture and the media. Anjum Babukhan, Director-Education of Glendale Academy, says, “People of substance — their work and worth is self-evident. Visibility is obvious yet their magnitude cannot be contained in the term socialite.”

In the past, socialites were also thought to be dimwits without much substance. “Because of this notion, today’s hardworking lot refrain from being called socialites simply because they have to put in a lot of effort at the workplace, they are true to their values and try to live normal lives just like you and me,” shares Sakina Kapadia of Divine Tree Yoga Studio.

So, why does the general public have such a poor view of socialites? It’s because their job is not viewed as a job at all; rather, the perception is that they are paid just to socialise at charity events and balls across the world, hobnob with other rich folk, and try to keep their name in the social media and the news.

“The term socialite negates actual work. You go out and meet people, interact with them, that’s socialising. But when we contribute to society, it’s not done to be a socialite, it’s for our own self,” says entrepreneur Bina Mehta. In today’s materialistic world, socialites are no longer content with being ladies of leisure. “The term ‘socialite’ has lost its charm, so naturally, these self-achievers refrain from being labelled as one,” sums up Dr Rummy Azad.