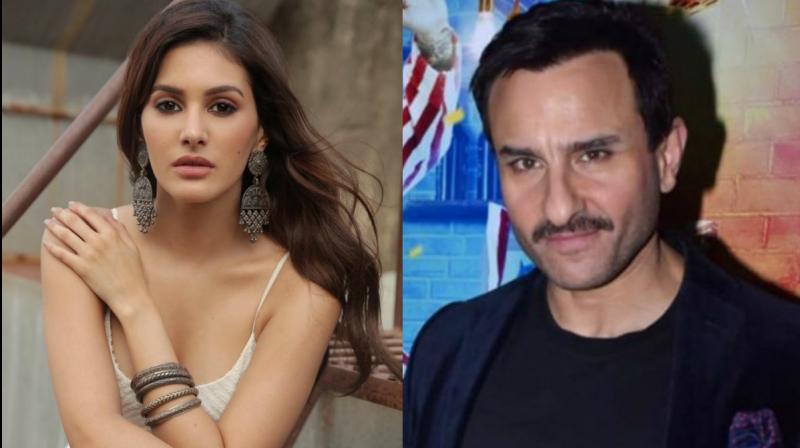 Amyra Dastur had no hesitation in taking up Dilli assignment because it is led by Saif Ali Khan.

Mumbai: Politics is very much the flavour of the month in India's show business, and the new generation of Indian actors are accepting socially acute without a moment's hesitation. Amyra Dastur is not one to shy away from a challenging role.

The 26-year-old actress says her knowledge of politics grew wider after she accepted an offer to join the cast of Saif Ali Khan's political thriller Dilli (Amazon).

The show is set in the power corridors of Lutyen's Delhi.

"The show is all about politics in which each of us have important roles to play," said the actor. "Right now, with whatever is happening around us, everyone's eyes are on this and the games that get played in the political world. My knowledge of politics has widened because of the show," she said.

Amyra is one among the modern breed of actors who declare their stance on the issues of the day. She didn't hide her outrage when students were beaten up at JNU and Jamia Millia in New Delhi. "India will not be ruled by Gundagiri," she tweeted about the attack on JNU students by masked goons back in December.

So this is what it’s come to?
Beating up STUDENTS and TEACHERS with steel rods!
Shutting off Street LIGHTS!
MASKED Extremists destroying everything in their path and the Police stand idle!
India will not be ruled by Gundagiri!#IStandWithJNU 🙏🏻 pic.twitter.com/MavoNLJ2Sd

Of course, her happiness with the Dilli role has much to do with the fact that the series is piloted by Saif Ali Khan, who has really led Bollywood's charge on streaming video.

Amyra, who previously worked with Saif on 2018's Kaalakaandi, said she immediately agreed to be a part of the show due to its "delicious script that got me completely hooked."

The 26-year-old actor said in a statement, "Saif is one of the finest actors that we have today and the kind of work he's doing is putting us on the global map... So it was a yes for me from the word go because the story is extremely fascinating."

Dastur is not the kind of star who likes to read just her part in a show. Before accepting Dilli, she read the script for the entire season, trying to understand the nuances of all the main characters. "I do that because people are not going to just remember your character but the show in totality," Dastur added.