Shah Rukh Khan and Anushka Sharma will soon be seen together once again, this time in Aanand L Rai’s much-awaited Zero. 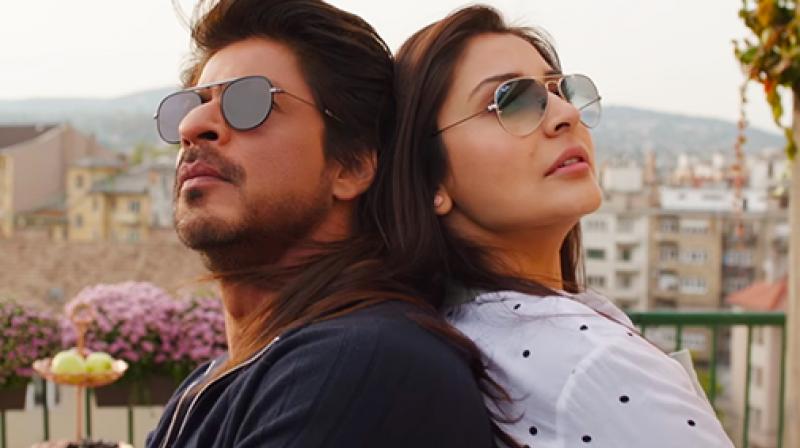 Mumbai: Bollywood superstar Shah Rukh Khan, who is currently excited about his upcoming release Zero, has opened up on the critical and commercial failure of Jab Harry Met Sejal. In an interview with Telegraph India, King Khan opened up about Imtiaz Ali’s Jab Harry Met Sejal (2017) - which tanked at the box-office.

The 'Raees' actor said, “I let people down with Jab Harry Met Sejal, which was an utter flop. But I didn’t want to let anyone down; I just liked the fact that koi story nahin thi, sirf ek ring ke chakkar mein the two people (SRK’s Harry and Anushka Sharma’s Sejal) kheechey chale jaate hain… it was very organic, slice-of-life thi."

"The other day I met a director who mentioned the term ‘slice-of-life’ and I said, ‘nahin, poora pumpkin do mujhe iss baar,” Shah Rukh added.

According to reports, Jab Harry Met Sejal collected 60 crore approximate at the box office subsequent to negative reviews from critics and audiences alike. The Imtiaz Ali directorial had Shah Rukh Khan and Anushka Sharma in lead roles, who were seen together for the third time after Rab Ne Bana Di Jodi and Jab Tak Hai Jaan.

SRK and Anushka will soon be seen together once again, in Aanand L Rai’s upcoming film Zero, which is slated to release during Christmas on December 21. It also stars Katrina Kaif, Tigmanshu Dhulia, Mohammed Zeeshan Ayyub in pivotal roles.