PM Modi said in a tweet that the news of Shabana Azmi's injury was distressing. 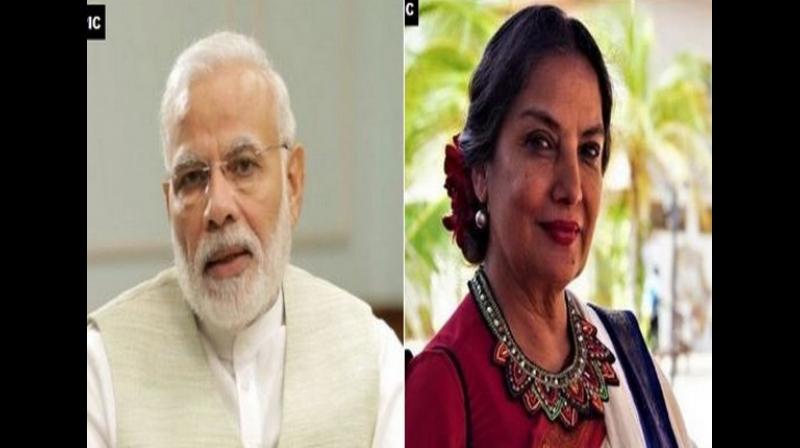 'The news of @AzmiShabana Ji's injury in an accident is distressing. I pray for her quick recovery,' he said. (Photo: File)

Modi said in a tweet that the news of Shabana Azmi's injury was distressing.

"The news of @AzmiShabana Ji's injury in an accident is distressing. I pray for her quick recovery," he said.

"Veteran actor Shabana Azmi has been admitted at Kokilaben Ambani hospital. She is stable and under observation," Dr Santosh Shetty, Executive Director and CEO of the hospital said in statement.

The car in which the actor was travelling on Mumbai-Pune expressway on Saturday met with an accident involving a truck near Khalapur.

She was immediately rushed to MGM Hospital and later shifted to multi-speciality Kokilaben Hospital in Mumbai.

According to doctors, she has suffered head injury and there was slight damage to backbone.

Her husband lyricist Javed Akhtar, who was travelling with her, escaped with a minor injury.