A year of disasters

Many films this year have not even recovered their publicity and release costs, let alone made a profit. 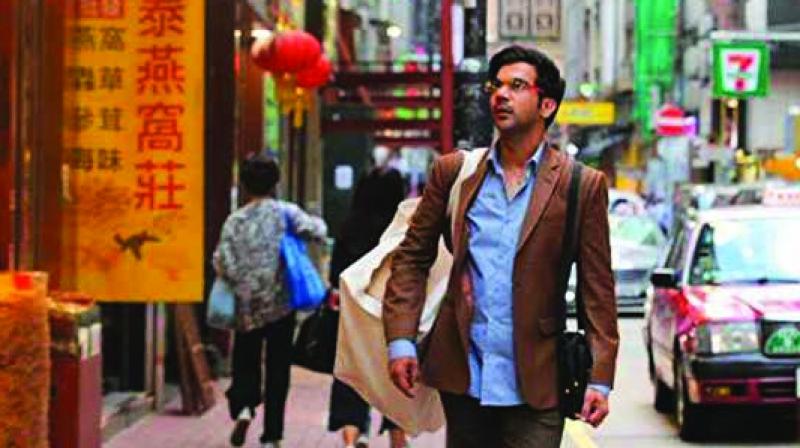 Many films this year haven’t even recovered their publicity and release costs, including Emraan Hashmi’s latest release The Body. The film, also starring Rishi Kapoor, collected around `50 lakhs on its first day in spite of being a big-budget film directed by a well-known Malayalam filmmaker like Jeethu Joseph.

The Body is not expected to touch the `10 crore mark in its lifetime collections.  Meanwhile, the Nawazuddin Siddiqui-Athiya Shetty starrer Motichoor Chaknachoor managed to rake in just over two crores at the ticket windows.

If one recalls, Athiya’s debut film Hero with Sooraj Pancholi had made over `30 crores, but if you look at the final collections of Sooraj’s second film Satellite Shankar, it was even less than a crore and is one of the biggest disasters of the year. The low-profile promotional expense of Satellite Shankar was perhaps the lack of belief in the theatrical expectations from the filmmakers.

“Most star-driven or star-backed films today have a production budget of over `20 crores going up to `60 crores, including the marketing and distribution costs. Hence the producers need to collect around 70-80 per cent of the film’s budget from their share, which stands at around 40 per cent of the net collections. So, if a film collects `10 crores at the turnstiles, the producer makes `4 crore. Most of the time, their digital and satellite rights are what save them from being a total disaster. But that was not the case with many films this year,” says a trade analyst.

Films that clashed with other movies also met with the same fate. For instance, Rajkummar Rao had actors like Paresh Rawal and Boman Irani with him apart from Mouni Roy in Made In China, and yet the film broke apart just like how the Chinese products fail quickly. When there is a star like Saif Ali Khan, a film is not expected to tank as badly as what Lal Kaptaan did. The film made around two crores. South director Deva Katta’s Bollywood debut — a remake of his own south hit Prasthanam with Sanjay Dutt, Ali Fazal, Jackie Shroff and Manisha Koirala — made less than five crores.

Sunny Deol directed his son’s (high budget) debut film Pal Pal Dil Ke Paas, but it did not cross `10 crores. Sonam Kapoor Ahuja played a lucky charm to the Indian cricket team in The Zoya Factor, but wasn’t lucky at the BO with a total collection of `3.12 crores. Sonakshi Sinha tried her hand at another lead role in Khandaani Shafakhana, and the film’s business was `3.83 crores.

The Prints and Advertising (P&A) costs have risen significantly, moving from `5 crores to `25 crores, from small to big-budget films.

“In the case of many films this year, forget the production cost, they have not even recovered the marketing cost. Medium budget films spend around `7-8 crore for their P&A,” says a senior trade analyst.