'I spent a lot of time finding some soul of the characters,' says Boman Irani

Irani has a number of such memorable characters in both blockbuster and critically-acclaimed films to his credit. 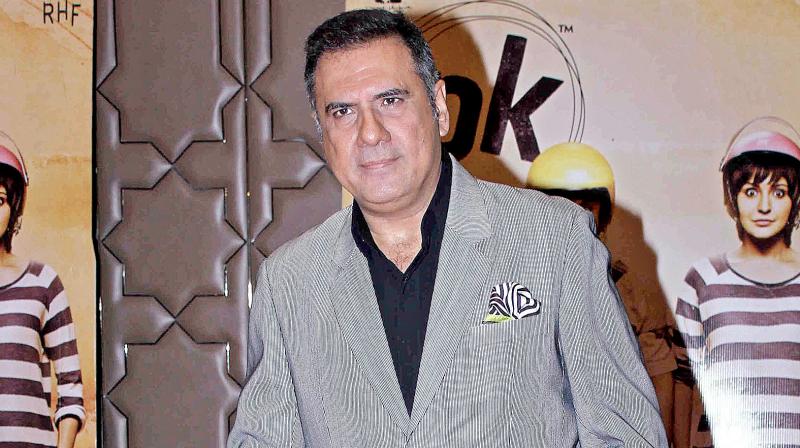 New Delhi: When Boman Irani's Dr Asthana laughed incessantly in "Munnabhai MBBS", the audience instantly knew it was the character's defence mechanism and the moment his Virus dropped the egg in "3 Idiots", viewers got the message about the cut-throat world. Irani has a number of such memorable characters in both blockbuster and critically-acclaimed films to his credit, but he says there was a time when people frowned upon him for "doing homework" and "intellectualising stuff" on the sets.

The actor, who was first noticed in 2003's "Munnabhai MBBS", says he enjoys the process of creating someone -- who may have a style of speech or walking. "I spent a lot of time finding some soul of the characters. People remember certain characters by the way they spoke or walked. I think that is nothing to do with the character," he said. Citing "3 Idiots" as an example, Irani said people remember his role as Virus because the character undergoes a transformation by the end of the story. "If Virus spoke differently or walked differently, he would still be hopefully impactful. But I don't know, if he would be memorable," he told PTI in an interview.
"Virus is remembered because of the way his world view was, because you wanted him to change, because you wanted him to give the pen away and say, release yourself of the burden that you're living by making your ego the most important thing," he said, adding he, too, felt relieved when his character gave the pen away to Aamir's Rancho in the end. A lot of people believe, especially while doing real life characters, that the imitation is wide open, but Irani said it's not good enough. "That works with or without a walk and talk. It's about how he feels and how it's changed from the beginning to the end of the movie. And if you don't see the change, he is never memorable."

The 59-year-old actor said while taking up a role he asks three questions to himself -- 'What does this guy want out of life?', 'How does he struggle to get what he wants?' and 'If he fails, how does he change?' And change is important for the character, irrespective of the outcome. "If you've not changed, the character will meet his doom because he has not learned from the mistakes. Either there's redemption, or there is the end. "And that's what is known as a tragedy. In a tragedy, a character has not improved. He's not changed. A lot of changes can happen in his life if but if he refuses to change his view -- because of his arrogance, greed, evil or doesn't learn -- he perishes because of it," he said.

Like any parent, Irani can't decide which of his characters is his favourite. He hasn't seen "3 Idiots" in years and caught a clip or two of "Munna Bhai" here and there, he admitted. The only film he watched recently for fun was "Khosla Ka Ghosla", in which he played Kishan Khurana, a ravenous builder who seizes the land of simple middle class man, Kamal Kishore Khosla (Anupam Kher). The 2006 film, directed by Dibakar Banerjee and written by Jaideep Sahni, won the National Award for Best Feature Film in Hindi.

Irani said he had six and a half scenes in the film but it revolved all around his character, so much so the audience was spooked when he finally made his entry, quite late, with just his hand in the introduction shot. "The writing was outstanding. When I make my entry in the film, it's just a hand on Mr Kher's shoulder and I say 'uncleji'. But before that, so much is discussed about Khurana and you say 'you have got to watch out for and now he's here'. That's great writing.

"I keep telling people to never look at the length of the role. 'Oh, I have nothing to do, I would be invisible after 25 pages of the script. But for those 25 pages, people were talking about my character, Khurana." Irani is gearing up for the release of his next, the comedy "Made in China", featuring Rajkummar Rao in the lead. He plays Dr Vardhi, a plain-speak doctor who doesn't give two hoots about being a sexologist. He partners with Rao's budding businessman Raghu to sell a magic sex soup.

The actor said Dr Vardhi somewhere sees his younger self in Raghu, a man who wants to succeed with such earnestness, prompting the sexologist to join hands with him for a clear want -- awareness. "My character doesn't need money. He has a little, beautiful bungalow where he practises his medicine. Something may come in the way of the want, so there's a conflict due to ideological differences." But the film has a happy ending, he said, as it should be because the movie is about hope. Traditional comedy remains unchanged even if there is a death at the end of it, he explained.

"Traditional comedy is supposed to be when everybody is happy even if there's a death in a movie. Many cried and cried at the end of 'Million Dollar Baby'. But in the Aristotelian world view, it's a comedy. "I believe we got something positive out of it. She (Hilary Swank's character) told the world 'If I'd not come here, I would never have been a world champion. I'm a world champion, it's time to go. Big deal'. That's a positive lesson." Irani will next be seen in "Housefull 4" and "Drive".

An avid cricket fan, Irani will play one of his "childhood heroes" in Kabir Khan's sports drama "83", as former opening batsman and wicket-keeper, Farokh Engineer, who was one of the commentators at the 1983 World Cup. "Made in China" is slated to be released on Friday. It also stars Mouni Roy, Gajraj Rao and Paresh Rawal.