Sridevi was like a daughter to me, says choreographer Saroj Khan

For an year, the two also had their share of rifts back in the era but later the two resolved the issues eventually. 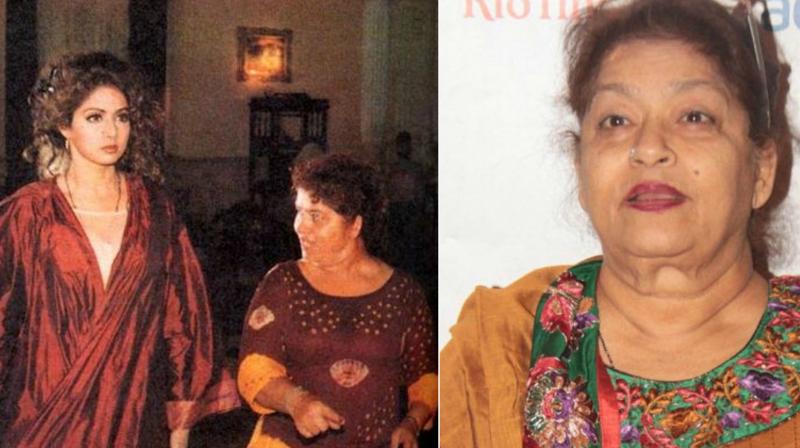 Late actress Sridevi and choreographer Saroj Khan have worked together in many films.

Mumbai: Legendary actress Sridevi's sudden demise took the entire nation by storm. She died of the massive cardiac arrest at the age of 54 in Dubai. The actress was there to attend a family wedding.

Known for her dance and grace, Sridevi was one of the best dancers of our times. Choreographer Saroj Khan had a special association with the actress. The two have worked together on several popular songs in 24 movies.

On the sudden demise of Sridevi, Saroj Khan said, "There was no artist like her, absolutely no one. She was the best human being and a dancer. She was like a daughter to me. I am shocked and deeply saddened."

However, for an year, the two also had their share of rifts back in the era but later the two resolved the issues eventually.

Following are the films of Sridevi and Saroj Khan together: