Pay up for Saaho

Girish, however, admits that this financial burden on the consumer is unfair. 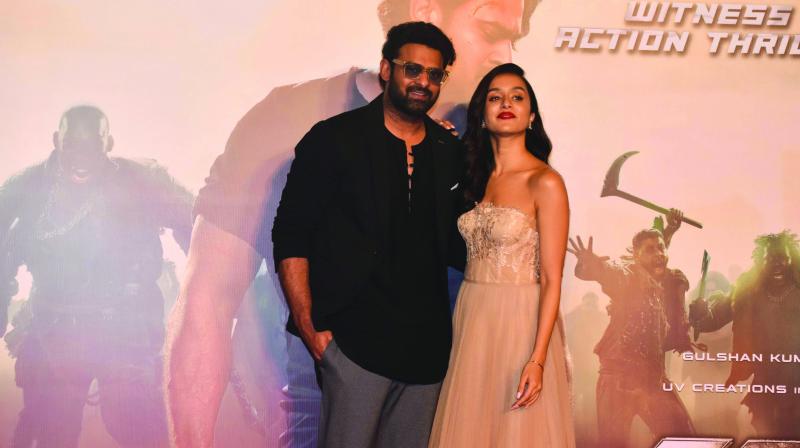 Shraddha Kapoor and Prabhas fans better start saving up, because the ticket rates for Saaho will be at par with what is charged for blockbuster films. This means buyers would have to pay at least a third more than the original price, if not more.

“We’ve been given instructions to charge the blockbuster rates for Saaho, the same as the Salman Khan-starrer Bharat. But it’s only for the first three days from release,” reveals Bihar distributor Kishan Damani.

Unfortunately, saddling audiences with the extra costs to watch a big film is nothing new. Rationalising the sudden steep hike, trade analyst Girish Johar says, “Increase of ticket pricing is a joint call of the producer/distributor and exhibitor for a particular film, with the onus of it lying with the producer/distributor. Now for Saaho, if they feel that the excitement levels are very high and audiences are super-excited to see the film that they will be willing to pay much higher prices than the normal, it is their business decision.”

Girish, however, admits that this financial burden on the consumer is unfair. “Audiences may feel the pinch, but then it all boils down to content. It’s a very thin line to tread. If they feel satisfied then they would not complain, but if they are not then it backfires. If the content is disappointing then they shun it vehemently, especially when the ticket rates are hiked. This makes the collections fall faster, which is not good. So the makers opt for higher pricing only if they are pretty much confident of their offering to the audiences. Saaho is a mega film with huge budgets and investments, so naturally the expectations are mammoth,” he explains.

Meanwhile, trade insider Atul Mohan feels ticket-rates ought not to be hiked. “Everybody is after breaking records and setting new benchmarks, and one of the easiest ways to achieve this is to hike ticket prices. They know that the paying public easily falls prey to this trap. But it should justify your demands. We all remember Thugs Of Hindostan right? There also, the ticket prices were hiked. But what happened to it after day 1? A historical opening and historical fall in 24 hours. As an audience member, I would rather wait for the views, reviews and initial madness to settle, rather than rush madly to watch the film. Hiking ticket prices and forming early judgments should be discouraged,” he concludes.