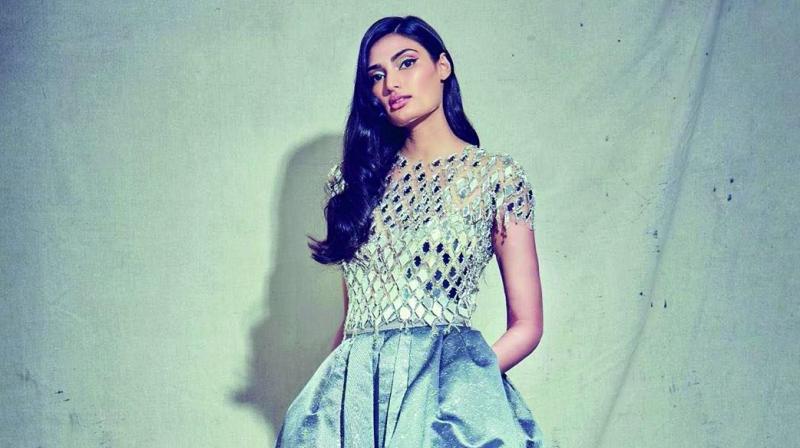 One may recall that Athiya Shetty made her debut in 2015 with Hero, a remake of the Subhash Ghai classic produced by Salman Khan Films. When asked about her relationship with Khan now, she says that he continues to guide her through the industry.

“I am in touch with Salman Khan, he is my mentor and always will be. He is the first person I always call when I need any advice, he is very encouraging and supportive,” she smiles.

The actress has also worked with other industry legends like director Aneez Bazmee on her second film Mubarakan (2017) and says she would love to work with him again.

“I feel that before you start calling directors for work, you need to be able to give them something on par with your acting calibre. I am just a few films old and I want to show my acting capabilities before taking the privilege to call them for work. I am still very shy, but it’s important to not shy away when it comes to work. If you call them for work, it shows that you are dedicated and hungry for work,” she explains.

Similarly, the Nawabzaade actress also wants to earn the opportunity of working with Yash Raj Films or Dharma Productions.

When asked if she would also like to work with her father Suniel Shetty, Athiya says, “I think if we get a suitable script, I would definitely love to work with him. But it should be a father-daughter or something different and fun,” she says.

Meanwhile, after her last film Motichoor Chaknachoor with Nawazuddin Siddiqui did not make a big splash, Athiya hopes to redeem herself with her next project Hope Solo — a biopic on Kashmiri student and footballer Afshan Ashiq.