The film, which earned six nods, was also recognised in the international feature film, director and original screenplay categories. 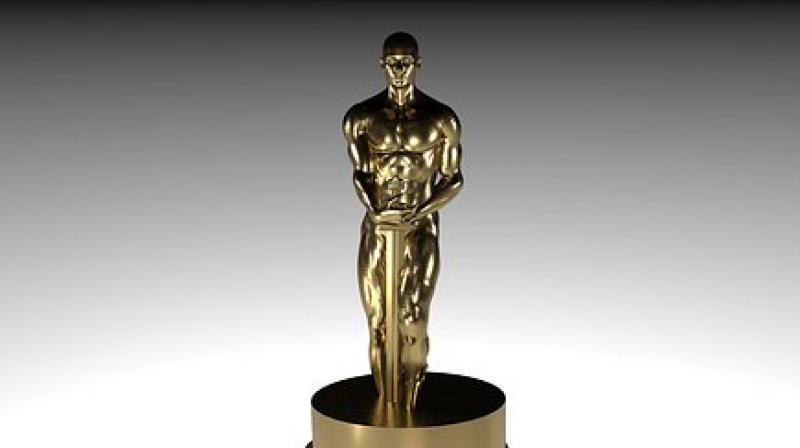 Los Angeles: "Joker" trumped critically-acclaimed titles to emerge as the front-runner at the 92nd Academy Award nominations with the Joaquin Phoenix-starrer leading the pack with 11 nods.

For the second spot, there was a tie among three most talked-about movies of the year: Quentin Tarantino's "Once Upon a Time in Hollywood", Martin Scorsese's "The Irishman" and Sam Mendes' "1917" with 10 nominations. Bong Joon Ho-helmed "Parasite", the most buzzed international movie of the year, scripted history by becoming the first South Korean film to bag a best picture nomination.

The film, which earned six nods, was also recognised in the international feature film, director and original screenplay categories. Another foreign language title that claimed spot in category other than international feature was Spanish film "Pain and Glory". The Pedro Almodovar-directed movie earned Antonio Banderas the best actor nod. "Joker", which earned praise for Phoenix's role as a man's descent into madness and divided many for its portrayal of gun violence, dominated not just the main categories but also the technical nominations. Some of the key categories where the film bagged nods are best picture, actor, director for Todd Phillips, original score and adapted screenplay.

"Once Upon a Time in Hollywood", Tarantino's love letter to Hollywood of 1969, will give tough competition to "Joker". The film bagged 10 nominations including a surprise nod for Leonardo DiCaprio in the best actor list and the predictable best supporting actor for Brad Pitt. It is also nominated for best director and best original screenplay. Adam Driver ("Marriage Story") and Jonathan Pryce ("The Two Popes") are also vying for the best actor Oscar. Scorsese, who had grabbed headlines for his anti-Marvel comments, has also received a lot of love from Academy voters for his reflective gangster drama "The Irishman", including the best film, best director and the dual nods in the best supporting actor category for Al Pacino and Joe Pesci. Tom Hanks ("A Beautiful Day in the Neighborhood" and Anthony Hopkins ("The Two Popes" completes the best supporting list.

British war drama continued its lucky streak from Golden Globes and Baftas to Oscars by matching nominations of Tarantino and Scorsese's movies. Mendes is in the race for best director. Lack of diversity has been a thorny issue for Hollywood awards but unlike Bafta, Oscars tried to somewhat balance the scales by nominating Banderas and Cynthia Erivo in best acting categories ("Harriet"), and best picture nod to Greta Gerwig's "Little Women". Gerwig, however, was snubbed in the all-male best director category but the film managed a nod in best adapted screenplay, best actress for Saoirse Ronan and best supporting actress nod for Florence Pugh. While Rene Zellweger ("Judy"), Scarlett Johansson ("Marriage Story") were predictable choices, Charlize Theron ("Bombshell") and Erivo were surprise nominees for best actress. Laura Dern, who bagged Golden Globe for best supporting actress, is a favourite at Oscars as well. She will fight it out with her "Marriage Story" co-star Johansson ("Jojo Rabbit"), Pugh, Margot Robbie ("Bombshell") and Kathy Bates ("Richard Jewell"). Apart from "Parasite" and "Pain and Glory", the international feature film category includes French drama "Les Miserables", Polish movie "Corpus Christi" and North Macedonian "Honeyland". "Honeyland" also features in best documentary list. Original screenplay nominees are: "Marriage Story", "Parasite", "Once Upon a Time...", "1917" and surprise entry in Rian Johnson's "Knives Out". In adapted screenplay, "Little Women" is pitted against "The Irishman", "Jojo Rabbit", "The Two Popes" and "Joker".

Animated feature category includes "Toy Story 4", "How to Train Your Dragon: The Hidden World", "Missing Link", "I Lost My Body" and "Klaus". Original score category has biggies in Alexandre Desplat ("Little Women"), John Williams ("Star Wars: The Rise of Skywalker") along with Golden Globe winner Hildur Guðnadóttir ("Joker), Randy Newman ("Marriage Story") and Thomas Newman ("1917"). Original song has nominees in 'Into the Unknown' from "Frozen 2", "(I'm Gonna) Love Me Again' from "Rocketman", 'Stand Up' from "Harriet", 'I'm Standing With You' from "Breakthrough" and 'I Can't Let You Throw Yourself Away' from "Toy Story 4". Documentary feature also includes "American Factory", "The Edge of Democracy", "For Sama" and "The Cave". Two Indian-Americans -- Smriti Mundhra and Sami Khan -- have bagged nomination in the documentary short category for "St Louis Superman". Their docu short will face off with "In the Absence", "Learning to Skateboard in a War Zone (If You're a Girl)", "Life Overtakes Me" and "Walk Run Cha-Cha".

The Oscars will air on February 9 and without a host again.