Entertainment, In Other News

Love is in the air for Payal?

Payal dismisses rumours, saying she’s not in a relationship. 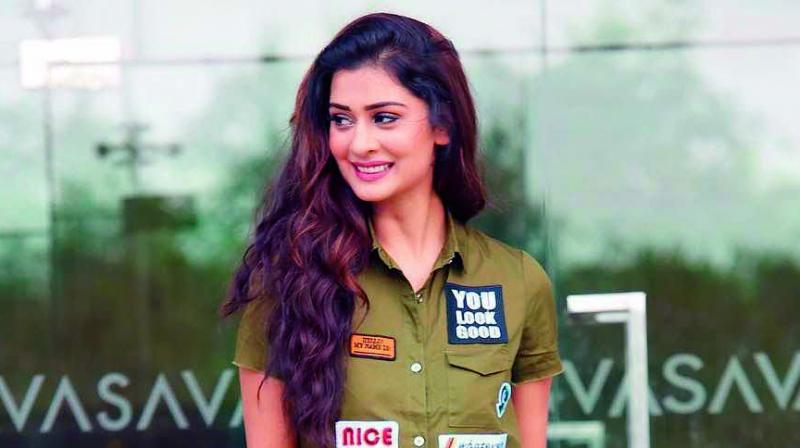 Valentine’s Day is almost upon us, and going by actress Payal Rajput’s recent photos on Instagram, we’re tempted to think that the cupid’s arrow has found its mark on her. A couple of days ago, Payal posted photos of her with actor and entrepreneur Saurabh Dhingra. And netizens went berserk, sending congratulatory messages to the ‘cute couple’.

Payal dismisses rumours, saying she’s not in a relationship. “Saurabh is a close friend. It was his birthday, so we had a blast and I posted the photos, and I guess people are guessing that he’s my beau, but he’s not,” she says. Just as we begin processing what she told us, after a thin layer of resistance, she begins to give way. “To be honest, I am myself am confused about it,” she tells us with a chuckle.

Then telling us that he was a huge part of her professional growth and that she owed to him all that she is today, Payal adds that Saurabh even read her scripts before she did, sharing his inputs on whether a role was good for her and whether she could pull it off. “He was there right through the thick and thin, and having a calming effect on my personality,”

Payal elaborates. “Earlier, I was like a spoilt brat who was very impulsive. But Saurabh brought out the best and hidden aspects about me. He understood my strengths and weaknesses and stood by me like a pillar of support through all these seven years of my showbiz journey.”

Saurabh and Payal hail from the same school in Delhi. “But we were from different batches and hardly interacted. Then, after I moved to Mumbai, he too relocated. Eventually, we got in touch with each other,” recalls the RX100 actress.

As per Payal, the best aspect of Saurabh is that he is always positive about things. “His optimistic nature helps me further excel and push myself,” she says.