Vikram, being the most sought after (and wealthy), is a target for several people and we realise that someone is trying hard to bump him off. 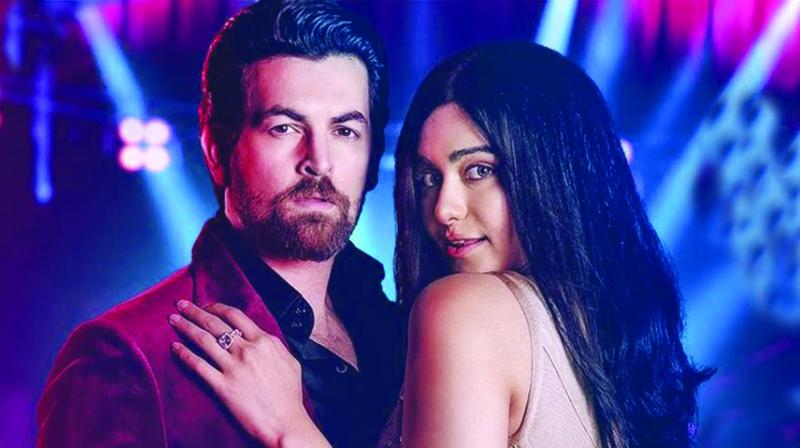 The charming Neil Nitin is obviously desperate to let us know that he is far better suited to play solo leads and not just play second fiddle to bigger stars.
Rating:

We all love whodunit mysteries, don’t we? A taut thriller in which there are murders and an unexpected, often bizarre, twist takes you by surprise, and you still wait for the story to drift into a plausible climax — are many cinema buffs ultimate kick, for sure. But then, that’s when our excitement doesn’t come crumbling down with an insipid culmination, which can easily fall under the criminal-waste-of-time-and-money category film masquerading as mass entertainment.

Debutant director Naman Nitin Mukesh’s Bypass Road is less of an attempt at coming up with an engaging entertainer, and more of a brother’s love for actor Neil Nitin Mukesh to showcase his talent. No one has a grievance about a new ambitious director promoting his sibling, but as a creator, shouldn’t he have bothered to develop a scenario beyond a slapdash first draft?

The film opens with a murder (obviously!) and a young woman is seen falling from the top floor of a building. Soon, a young man named Vikram Kapoor (Neil Nitin Mukesh), who we learn subsequently, is a hotshot fashion designer, is also seen running away in a car, and meets with an accident that leaves him crippled and wheelchair-bound for the rest of the 137-minute film.

Vikram has everything going for him: a huge swank bungalow in Mumbai’s Alibaug where he lives with his dad Pratap (Rajit Kapur), stepmom Romila (Gul Panag), and a step sister Nandini (Payal Mange). The eerie surroundings though have the solo services of their servant Kaka (Mukesh Bhatt) who, it seems, is more of a manager, and is at everyone’s back and call. With everything going great, the story has to be layered with a murder in town that has several people looking intrigued, shaken, clueless and suspicious — all within the tacky pieces of writing that must take us through a convoluted build up to conclusive evidence, only to let us down with a swift and impulsive end that never justifies its presence cinematically.

Vikram, being the most sought after (and wealthy), is a target for several people and we realise that someone is trying hard to bump him off. Who could that person be, you wonder? And to keep us baffled, writer Neil Nitin, who is also credited with the screenplay, leaves many queries unanswered. One murder later, the film has a couple more killings to help you move on even as you struggle to unravel the mystery of the first one in your mind. Just when you adjust yourself in your seats to anxiously wait for more action, some loose strands begin to surface: Pratap’s wife Romila and Vikram don’t see eye to eye; there is Romila’s lover Narang Pandey (Sudhanshu Pandey) lurking somewhere in the dark; as also another stalker Jimmy (Taher Shabbir) carrying a knife in his hand; and a couple of others too, making flitting appearances. Vikram’s girlfriend Radhika (Adah Sharma) is inconsequential to the development of the plot but keeps popping up from time to time, once even to remind him of her importance in his life in a scene that adds nothing to the narrative.

The fact that this mystery is hurriedly put together into a script is the least of the problems — that it does not bother to reach even that desperately low watermark becomes its most annoying component. Lacking any actual merit, it lets you guess the unknown throughout, but when it results in a mish-mash of non-clues, your patience is tested beyond suffering. And, in the midst of all the encounters, clashes and quarrels, the purported mystery doesn’t solve its main mystery — the motive for such a poorly formulated story. There are strange omissions and underdeveloped plot constructions as some of its glaring misdemeanors.

The charming Neil Nitin is obviously desperate to let us know that he is far better suited to play solo leads and not just play second fiddle to bigger stars. And he sure is. As an antagonist he did get noticed a few times (Players, Wazir and Saaho) but nothing so far can match his debut in Sriram Raghavan’s Johny Gaddar. Among the others in the cast, Gul Panag and Sudhanshu Pandey, as also Taher Shabir, do their bit to create, and look their parts with the desired degree of vagueness and secretiveness in h their surreptitious movements. But, by then you, with your calculations and pre-judgmental abilities, have inferred that none from among the most noticeably apparent choices of slayers is the real killer: It has to be the only one who seems least suspicious who one would point a finger at!

Much as I would like to watch, and recommend, a tightly woven suspense drama replete with surprise that jolts you out of your preconceived findings and verdicts, Bypass Road is definitely not the one: We will have to wait for an edgy thriller with a plot that is not a throwback to the 1970s and the 1980s Bollywood’s unsurprising banal themes that would hold your attention from start to finish!