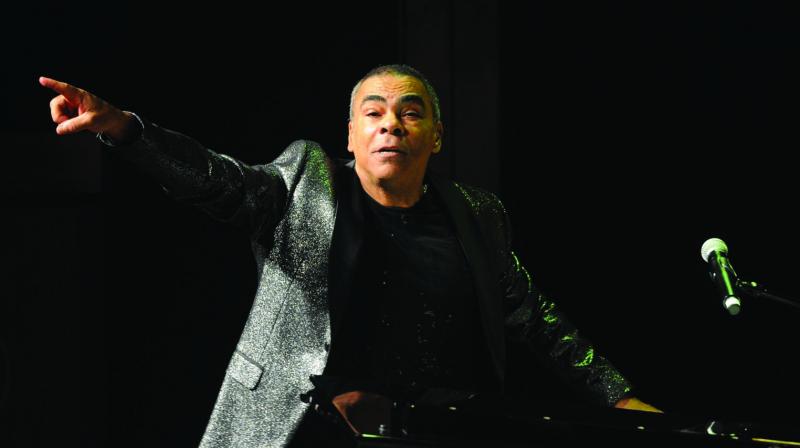 It is no big secret that India, where art and cultural activities often reach a different dimension, has always been a great attraction for performers across the world. Among them is Brazilian pianist, vocalist, and composer Jim Porto, who took the stage in Mumbai’s NCPA recently to perform some altered classics like Antonio Carlos Jobim, Djavan, and Gilberto Gil, among many others of Bossanova and other classics of Brazilian music.

The musician feels that coming to India is magical. “It seems to relive a beautiful movie that I spent while coming for the first time to Italy. The impact of public complicity with culture is different from mine but there are so many things in common here,” says Porto, who started his musical career with piano and gradually moved into composing music and singing his own compositions. “For many years, my school has been the jazz club all night. I used to sleep late and wake up late. And today, my journey alternates with rehearsals and exercise,” he adds.

For Porto, it all started when he was barely six years old. At an age where toddlers can hardly get a hold of a book, Porto could play the piano in perfect rhythm. He would sneak out from home and go to his neighbouring friend’s house to play the piano. “One day, a neighbour called my parents to listen to me playing piano secretly. They were excited to see me playing well,” recalls the musician, and adds that his father rented a piano for him as he couldn’t afford to buy one at that time. “We were six children in the family and it wasn’t possible for him. They wanted me to study music but I never enjoyed that and loved playing piano,” he shares.

The musician follows his ears for music without reading or writing anything that he wants to compose and perform. At the age of 15, he won a prize in a school festival, which he sways opened a path to the world of singing for him. He was a pianist until then, but after the performance at school, he was encouraged to sing as well. “I wasn’t born to sing but I was encouraged to sing and then I didn’t stop,” he laughs.

A virtuoso of Jazz Samba, Porto is now considered as one of the greatest exponents of Brazilian music and in the world of Bossa Jazz. With the ever-evolving genre of music, when most of the musicians across the world have adapted to the trend of fusion and collaborations, Porto, still maintains his individual approach and style.

“I went through several movements of Brazilian and international music. I have observed a lot of influence on samba and jazz but I am old school and I follow what I can do better,” shares the pianist, and adds that he is always open to take positives from every evolving aspect of music. “I capture the positives of all the movements that come up and negatives don’t affect me,” he explains.

The musician has now spent over five decades touring and performing, and he has shared stages with veteran musicians across the world. “It enriches my work. I feel privileged to have shared stage with them,” gushes the vocalist. Having witnessed the shift from live performances to recording studios and web music, Porto observes that the change has diminished the organic music culture. “People make fewer albums and spread the word on the web. Luckily I have always been more on stage than in studios,” he says.

As for his future aspirations, Porto is quick to express his wish to write a book. “I would like to write a book to tell the incredible stories I lived. I want to tell people to live the day without worrying for tomorrow,” the musician concludes.