Faisal and Muskaan were together for two years. 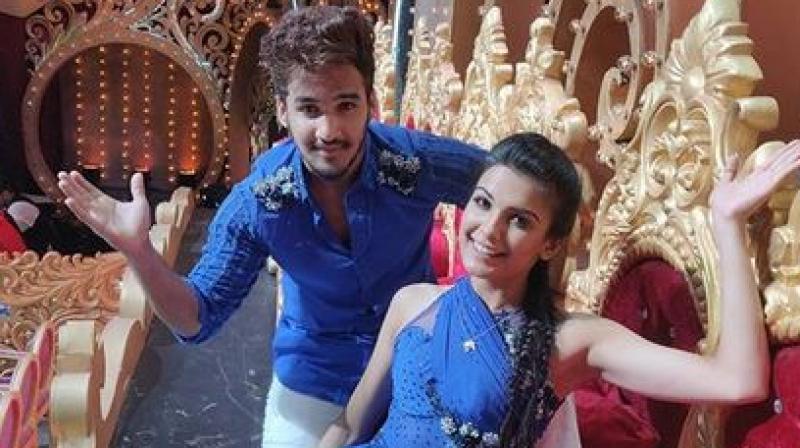 Mumbai: Nach Baliye Season 9 has been creating buzz due to many reasons. Now it is due to the youngest couple onboard Faisal Khan and Muskaan Kataria who have broken up. What happened was after they were told to exit the show as Faisal met with a mishap on the sets of Chandragupta Maurya.

In an interview with Hindustan Times when Muskan was asked if they came together on board just for the dance reality show she said, “Yes, we have parted ways. We were a couple. I would never lie to my family and my followers/lovers about something so important and sensitive. Our families were involved and knew about us, if we kids would have been wrong and faking it, both our families would have stopped us and not supported us. In fact even the channel and production house wouldn’t have accepted us.”

She further added that Nach Baliye had no connection with her separation with Faisal. “Whatever has happened between us, it has happened after the show, of which I would not like to go in details of. In fact, right now if we would have been doing Nach Baliye, then too this would have happened because it is a personal decision. Nach Baliye has nothing to do with our breakup. I was always truthful towards my relationship with Faisal and no one can fake the level of chemistry we had when we were on the stage of Nach Baliye. We were in relationship before and when we started practising for Nach Baliye, we completed our 1.5 years anniversary which was the next day of my birthday.”

Faisal and Muskaan were together for two years. Muskaan like a true lover performed her act solo and dedicated her dance to her ex, before departing from Nach Baliye 9.