Pranay Parmar is one of the special people in Kapil Sharma's life, read on

The best thing is Pranay accompanies the comedian wherever he goes and has got an opportunity to go on several world tours with him. 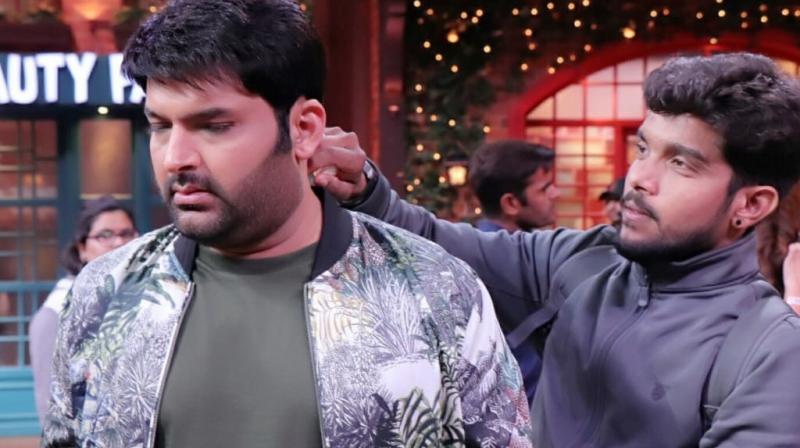 India’s most funny and entertaining man, Kapil Sharma has been making everyone laugh and has left everyone impressed with his talent and hard work. The ace comedian which we see on screen has always brought smiles on everyone’s faces. Ever wondered who makes the comedian look so good on the screen? The man is none other than his stylist Pranay Parmar. His story is no less than an inspirational tale. He comes from a middle-class family and is from Pali, Rajasthan. Unfortunately, Pranay lost his father at the age of two, and it is his mother who single-handedly raised him with having the support of their family, especially her brother Dilip Devada.

While he was 20, Pranay discovered his passion in hairstyling which he made it as his profession. He learnt the art of styling from the numero-uno stylist Hakim Alim. It is truly said that every big thing begins by taking baby steps. Even Pranay got his hand as an expert by giving hairstyles to his friends Shailesh Patil and Amey Patil when they were just in grade 9. Since then, he has gained great confidence and has styled many celebrities including Badshah, Honey Singh, Sunny Leone’s husband Daniel Weber among others. His efforts and sincerity made starts appreciate his work and soon with the reference of stylist Sufiyan Siddiqui, he got an opportunity to style comedy king Kapil Sharma.

The young stylist left Kapil impressed and was hired immediately as his personal hairstylist. It has been 5 years now that Pranay has been working with Sharma. The best thing is Pranay accompanies the comedian wherever he goes and has got an opportunity to go on several world tours with him. Beginning at a very young age, the hairstylist is truly going to places and he recently even started his franchise by the name ‘Hair Studio’ in Navi Mumbai. He plans to take the studio on a pan Indian level. Pranay Parmar, without any doubt, is following his passion and is an inspiring figure for all the aspiring stylists in the industry.