As the youngest jeweler in the world, Frost has made a name for himself among the rich and famous for his breathtaking work 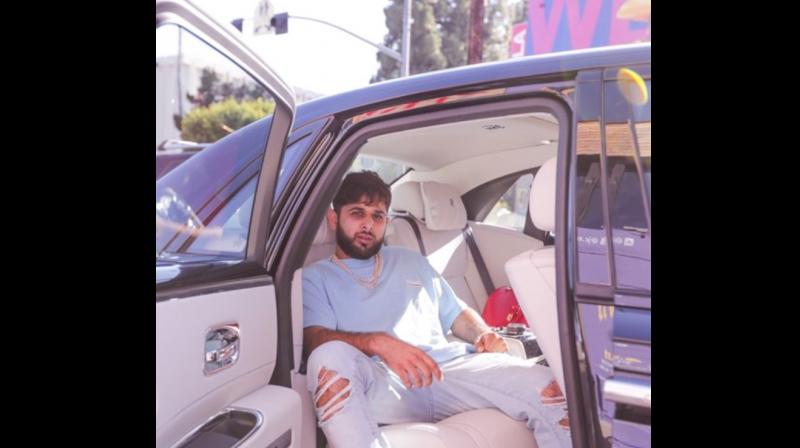 Although the jewelry industry is a very lucrative space, it is also one of the most highly competitive industries to be involved in. With a plethora of talented jewelers and luxurious storefronts, how can one go about making a name for themselves with no family connections or startup capital?

The answer is simple, they typically cannot; however, there is one jeweler who has defied the odds and has quickly risen to the top of the industry as one of the youngest jewelers in the scene.

Leo Frost is no stranger to adversity. Growing up in a low-income household, his family often struggled. The pressure of watching his family constantly stress over finances took an emotional toll on him over time, as he felt personally obligated to change their reality.

Frost worked hard in school and was a very bright student despite his hardships. In his younger years, he believed that achieving success in the classroom would one day pay off for him and his family.

Although this is true for many, Frost found himself taking the path less traveled.
In his teenage years, Frost developed an interest in jewelry, and he admired the craftsmanship and detail that went into each piece.

He was also captivated by the way people reacted to such mesmerizing pieces, and the “wow” factor associated with owning such jewelry. Frost knew early on that this was something he wanted to pursue, but as a student with no money, he was already at a disadvantage.

He soon realized that if he were to pursue his dreams, it would require him to make substantial sacrifices. Despite his impressive academic performance at the University of Houston along with being the president of his fraternity, Leo decided to drop out of college to pursue his goal of becoming a jeweler.

His friends and family strongly discouraged him from leaving school, and he was even mocked for attempting such a difficult task by many of his peers.

With a chip on his shoulder paired with his determined mindset, Frost began to promote himself throughout his community.

He frequently recalls his first marketing effort in which he printed over 5,000 flyers and handed them out around the city. The first few orders came rather slow, but after a few weeks of consistent self-marketing, orders began to pour in. Frost began creating pieces that greatly impressed his clients, and exponentially more people began to take notice.

Among those who became aware of this mysterious new jeweler were Iceman Nick and JimmyxBoi, two very prestigious jewelers who today Frost considers to be his mentors. With business going well, Frost soon created his jewelry company, Frost & Co.

Life has significantly changed for Leo Frost in the last year. He is now regarded as a top-tier jeweler by many, and he is only getting started.
He is also a social media powerhouse, as he is considered one of the jewelry industry’s leading social media influencers. In the last year alone, Frost has sold over one-million dollars in jewelry to very prominent individuals.

Many of Frost’s clients appreciate his positive energy and genuine personality and have become close with him on a personal level. He has also had the unique opportunity to travel to 60 cities, including overseas to Paris, Berlin, and Austria.

Although Frost has accomplished more in one year than most people accomplish in decades, he knows he is only just beginning. He currently has many big plans in the works, including opening his own jewelry store in the very near future.

Frost is determined to share his success with his family while also living the life he has always dreamed of, and he does not plan to slow down any time soon.

He is certainly an entrepreneur to look out for in 2020, as well as many years to come. The sky is the limit for Leo Frost, and one thing remains certain- “It costs to Frost.”

How to pass ITIL Foundation in first attempt