The 46-day long yatra started this morning, while the first set of pilgrims embarked upon their journey from Pahalgam and Baltal routes. 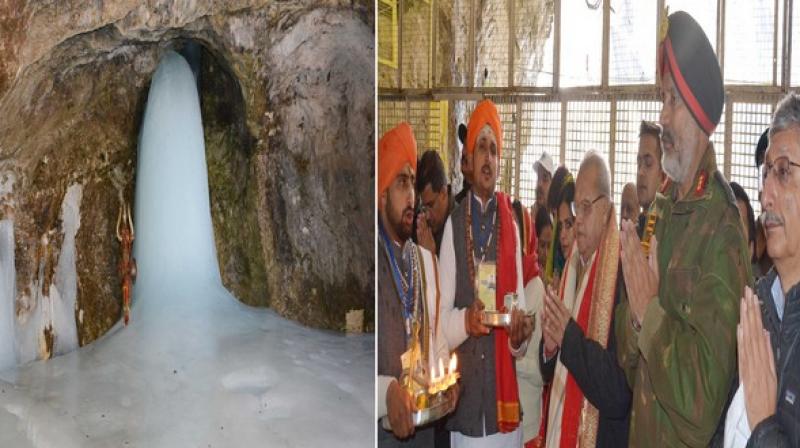 Srinagar: Governor Satya Pal Malik on Monday prayed at the sanctum sanctorum of the holy shrine to mark the beginning of annual Amarnath yatra on Monday.

The 46-day long yatra kicked off this morning, while the first set of pilgrims embarked upon their holy journey from Pahalgam and Baltal routes.

As per the reports, Governor Malik also participated in the 'Pratham Pooja' ceremony, where he prayed for the sustained peace and harmony in the state.
Umang Narula, the Chief Executive Officer of the Amarnath Shrine Board, accompanied Malik on the occasion.

After reviewing the arrangements made for pilgrims at the shrine camps, Malik also extended his gratitude to all in being part of organising the holy yatra.

In view of smooth functioning, Malik also appealed to the authorities for timely monitoring and effective supervision by the camp directors and managers.

Meanwhile, Narula stressed on obtaining the yatra permit after the verification of their health conditions.

A total of 1,617 pilgrims began their journey to Amarnath cave shrine from Baltal axis and 2,800 pilgrims from Pahalgam route.