PM Modi agreed to facilitate all these functions through Indian Missions abroad and also assured to provide all support to the organizers. 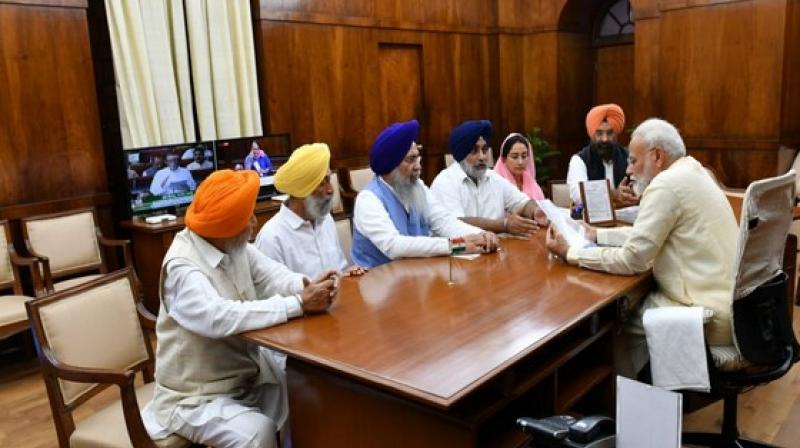 New Delhi: A delegation of Sikh Gurudwara Prabandhan Committee along with Shiromani Akali Dal President Sukhbir Singh Badal met Prime Minister Narendra Modi on Monday in connection with arrangements being made for the 550th birth anniversary of Sri Guru Nanak Dev and invited him to the main function organized by SGPC to be held on November 12 at Sultanpur Lodhi.

Prime Minister has agreed to attend the main celebration function.

Prime Minister also instructed Ministry of External Affairs to facilitate the Nagar Kirtan that is commencing from Sri Nankana Sahib, the birthplace of Sri Guru Nanak Dev on July 25.

The joint delegation also desired that keeping in view the sentiments of the entire Sikh community and Guru Nanak Naamleva Sangat, religious functions should be held across the globe where Sri Guru Nanak Dev visited.

The Prime Minister agreed to facilitate all these functions through Indian Missions abroad and also assured to provide all support to the organizers.