Caught in the crossfire between US and Iran, the ministry of external affairs (MEA) remained silent on Trump’s statement. 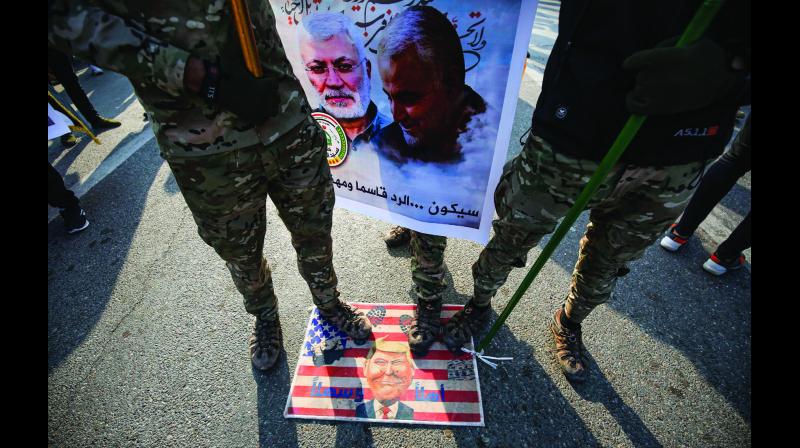 New Delhi: United States President Donald Trump on Saturday tried to justify his administration’s unilateral action to kill Iranian military commander Qasem Soleimani in an air strike at Baghdad airport on Thursday by claiming that the slain Islamic Revolutionary Guard Corps’ (IRGC) Quds Force commander had contributed to “terrorist plots as far away as New Delhi and London.” President Trump, however, did not elaborate what exactly he was referring while invoking India and Britain. While his statement was immediately rubbished by Iran’s ambassador to India, there was no reaction from the ministry of external affairs.

“The recent attacks on US targets in Iraq, including rocket strikes that killed an American and injured four American servicemen very badly, as well as a violent assault on our embassy in Baghdad, were carried out at the direction of Soleimani,” Mr Trump told reporters at Mar-a-Lago in Florida.

“Soleimani made the death of innocent people his sick passion, contributing to terrorist plots as far away as New Delhi and London,” Mr Trump added, sparking more confusion and doubt over his assertions rather than shedding light on the timing of his government’s action that has dramatically escalated tensions between the US and Iran’s and sparked fears of an all-out war between the two countries.

Caught in the crossfire between US and Iran, the ministry of external affairs (MEA) remained silent on Mr Trump’s statement. India and US have several high-level security and intelligence arrangements and the statement by President Trump could be based on Delhi Police’s claims in 2012 about the involvement of “Irani secret agency” in an attack on Israeli diplomat’s family in New Delhi.

The incident took place in February 2012 when a motorcyclist attached a bomb to the car of the wife of the Israeli defence attache posted in India while she was on her way to pick up her children from school.

Delhi Police had in 2012 claimed that the blast was the handiwork of suspects believed to be part of Irani Revolutionary Guards Corps and had arrested an Indian journalist working for Iranian new agency. Israel too had blamed Iran for the attack and shared details with the US in this regard.

India in a measured response had urged for restraint by all sides. The US on Thursday killed Soleimani, head of Iran’s elite Quds Force, and Abu Mahdi al-Muhandis, deputy commander of the Popular Mobilisation Forces (PMF, or Hashd al-Shaabi), an Iran-backed umbrella organisation comprising several militias in an airstrike in Baghdad.