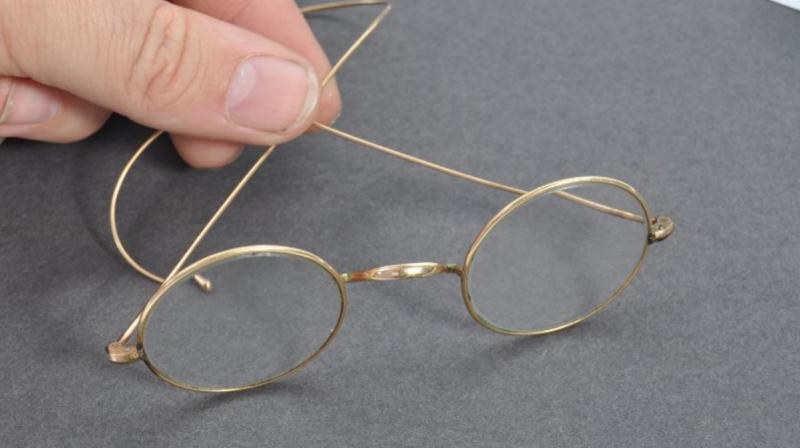 Mahatma Gandhi gave these spectacles away as a gift to a man in South Africa. (Photo: East Bristol Auctions)

London: A pair of eyeglasses that are believed to have once belonged to Mahatma Gandhi are being auctioned, decades after he gave them away as an impromptu gift.

The gold-plated, circular-rimmed spectacles are going under the hammer at East Bristol Auctions later this month. Gandhi was known for giving away "his old or unwanted pairs to those in need or those who had helped him,'' the auctioneers said.

The seller's uncle was working for British Petroleum in South Africa and met Gandhi when the champion of non-violent resistance was taking a tour.

Auctioneers compared the custom-shaped nose bridge of the glasses to others known to have belonged to Gandhi in determining their authenticity.

"It can be presumed that these were gifted by way of thanks from Gandhi for some good deed,'' the auctioneers said.

It's fair to say that the owner didn't quite realize their value: He put them in the auction house's mail slot where they dangled for a weekend, said auctioneer Andy Stowe.

The sale date is set for Aug. 21, but pre-sale bids stand at 50,000 pounds. The auction house has received interest from all over the world, particularly India.