Chennai techie hit by tanker as AIADMK leader's banner falls on her, dies

The opposition DMK has slammed the state government and the police over the young woman's death. 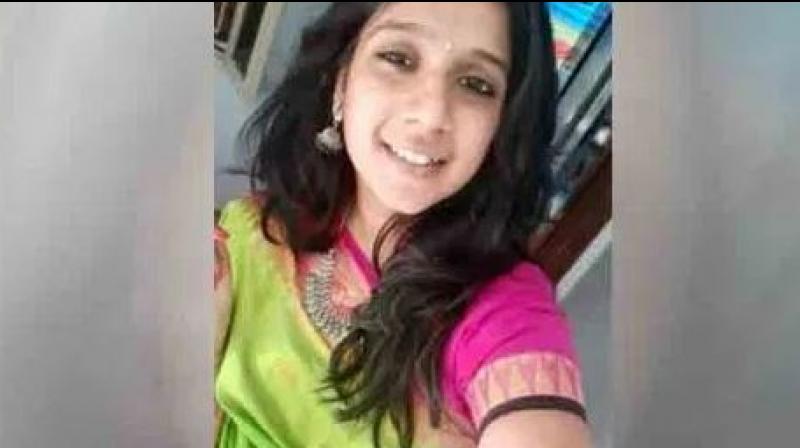 The woman has been identified as Subashree, who worked at an IT company, was on her two-wheeler on the Pallavaram-Thoraipakkam Radial Road when an unauthorised life-size hoarding knocked her down. (Photo: Social Media)

Chennai: A 23-year-old software engineer was killed in Chennai on Thursday after an illegal hoarding fell on her, following which she was hit by a water tanker. The woman was rushed to a hospital and was declared brought dead.

The woman has been identified as Subashree, who worked at an IT company, was on her two-wheeler on the Pallavaram-Thoraipakkam Radial Road when an unauthorised life-size hoarding knocked her down.  In seconds, a tanker her hit her scooter, injuring her on her head.

According to an eyewitness, the woman was wearing a helmet at the time of the accident.

C Jeyagopal, an AIADMK leader, had out up several hoardings on the median for a family wedding. The hoardings had pictures of Tamil Nadu Chief Minister E Palanisamy, his deputy O Panneerselvam and former Chief Minister J Jayalalithaa.

The police said that the hoardings were unauthorised and action would be taken against those who had put them up. The driver of the tanker has been arrested. Chennai's civic body has sealed the press that allegedly printed the hoarding.

The police, however, did not confirm if a case has been registered against the AIADMK leader.

The opposition DMK has slammed the state government and the police over the young woman's death.

DMK chief M K Stalin tweeted in Tamil: "Illegal hoarding placed due to government apathy, irresponsibility of authorities and the police's incompetence has taken away Subashree's life. How many lives are to be sacrificed for these atrocities due to the arrogance of power."

MEA: India firm in protecting sovereignity at border but also engaging with China