In a video posted on Twitter, Athawale said the NCP’s tie-up with the Congress and the Shiv Sena was not beneficial to it 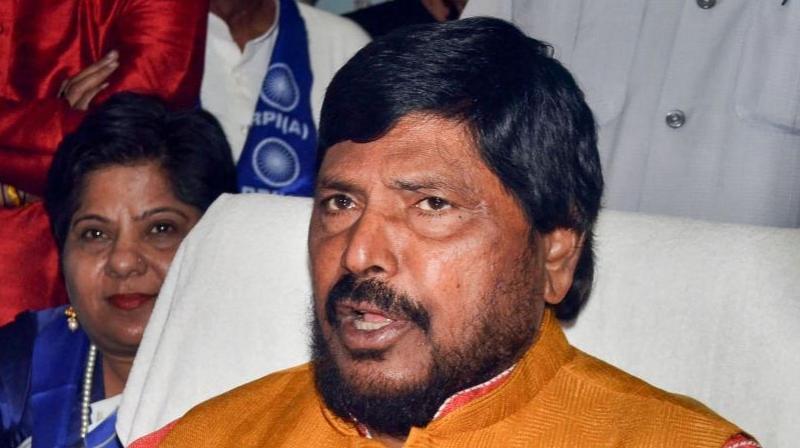 Mumbai: Union minister and RPI (A) chief Ramdas Athawale has appealed to Nationalist Congress Party (NCP) president Sharad Pawar to snap ties with the Shiv Sena and join the BJP-led National Democratic Alliance (NDA). In Maharashtra, there should be a grand alliance of BJP, NCP and RPI (A), he said.

In a video posted on Twitter, Athawale said the NCP’s tie-up with the Congress and the Shiv Sena was not beneficial to it. “The NCP’s decision to support the Shiv Sena is not giving any benefit to the NCP. If Pawar sahab (NCP president Sharad Pawar) wants the country’s development and that the Centre gives more fund for the development of Maharashtra, then he should take the decision to support (Prime Minister) Narendra Modi ji and he should think about joining NDA (National Democratic Alliance),” Athawale said in Hindi in the video posted on Twitter.

“The country and Maharashtra will benefit from his vast experience,” the Union minister for social justice added.

In an interview published in Shiv Sena mouthpiece ‘Saamana’ on Monday, Pawar said his offer of outside support to the BJP in 2014 to form government in Maharashtra was a “political ploy” aimed to keep the Shiv Sena away from its then ally. The Maratha strongman admitted he took steps to “widen the distance between the BJP and Shiv Sena”.

He also said after the last year's Assembly polls, BJP leaders approached him to support the Devendra Fadnavis government in the state, but he told Prime Minister Modi that the NCP will not go with the BJP and if possible, it will form government with the Shiv Sena or sit in the opposition. “The BJP doesnt believe that non-BJP parties have the right to function in a democratic set up,” Pawar said.

Interestingly, the RPI (A) chief’s appeal has come on the backdrop of the NCP chief’s assurance that the MVA government will last for full five years. There is even a possibility that it’s three constituents might contest the next assembly elections together, he had said.

All three parties stand firmly behind Uddhav Thackeray, who is doing a fine job as a CM, Mr Pawar had said in an interview with senior Shiv Sena leader Sanjay Raut.