Bhalla's visit comes ahead of the inauguration of the Kartarpur corridor by PM Modi on November 8. 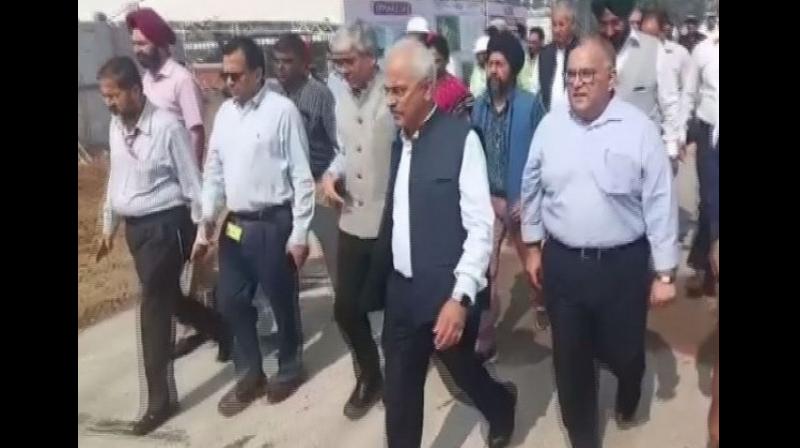 The Home Secretary was apprised of the progress done in the corridor so far. (Photo: ANI)

Bhalla was accompanied by other officials during the visit.

The Home Secretary was apprised of the progress done in the corridor so far.

Bhalla's visit comes ahead of the inauguration of the Kartarpur corridor by Prime Minister Narendra Modi on November 8.

On October 12, Union Minister Harsimrat Badal had announced the date of the corridor's inauguration on social media.

The corridor will facilitate visa-free movement of Indian pilgrims, who will have to just obtain a permit to visit Kartarpur Sahib, which was established in 1522 by Sikh faith founder Guru Nanak Dev.