Ashok Gehlot government to be expanded today, 23 new ministers to be sworn-in 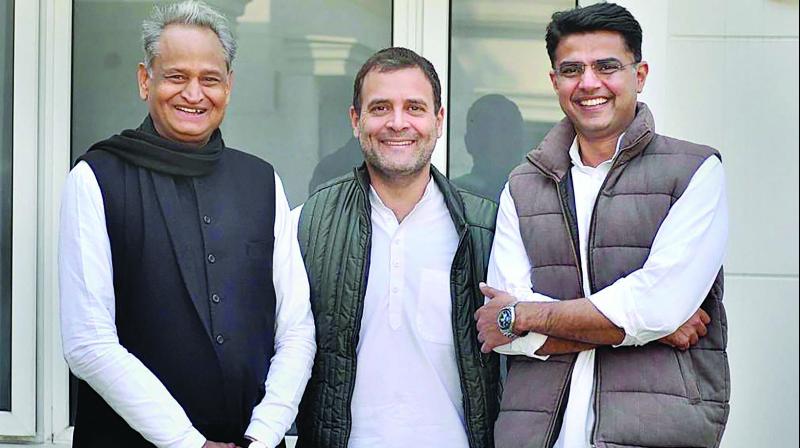 In the recently-concluded Assembly election in Rajasthan, Rahul Gandhi led-Congress had bagged 99 out of 199 seats to wrest power from the BJP in the state. (Photo: PTI | File)

Jaipur: The swearing-in ceremony of 13 cabinet ministers and 10 state ministers of the newly-formed Rajasthan government will be held on Monday at Raj Bhavan here.

On December 17, Ashok Gehlot and Sachin Pilot took oath as the chief minister and deputy chief minister respectively. Their swearing-in ceremony was attended by many senior Congress leaders including party president Rahul Gandhi.

In the recently-concluded Assembly election in Rajasthan, Rahul Gandhi led-Congress had bagged 99 out of 199 seats to wrest power from the BJP in the state.

Rajasthan Assembly has 200 seats, but election on one seat was put off due to the demise of one of the candidates.