Leading the charge was party leader Rahul Gandhi, who urged people in a social media post to “unite and raise our voice for democracy” 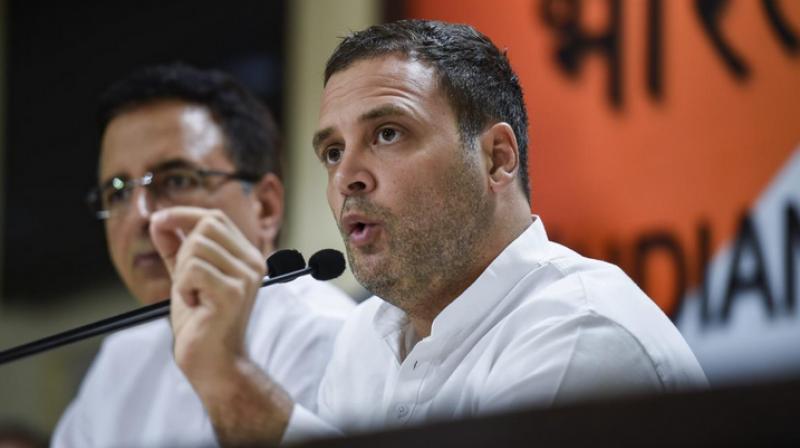 New Delhi: The Congress on Sunday launched its nationwide digital campaign “#SpeakUpForDemocracy” and hit out at the BJP for its “attempts to violate constitutional and democratic traditions”.

Leading the charge was party leader Rahul Gandhi, who urged people in a social media post to “unite and raise our voice for democracy”.

AICC general secretary Priyanka Gandhi Vadra also tweeted in support, saying: “Leadership is recognised in times of crisis. In corona’s national crisis, the country needs a leadership that works in the public interest. But the BJP government at the Centre has made its intention and its character clear by trying to topple the governments elected by the people. The public will answer.”

The Congress plans nationwide protests on Monday over the situation in Rajasthan, where the Ashok Gehlot government is struggling to survive. The party said a protest will be held outside Rashtrapati Bhavan to apprise the President of the Rajasthan situation.

The party also released a video saying the BJP is “ripping up the Constitution and demolishing democracy” as the country fights the coronavirus, adding it had done the same in Madhya Pradesh.