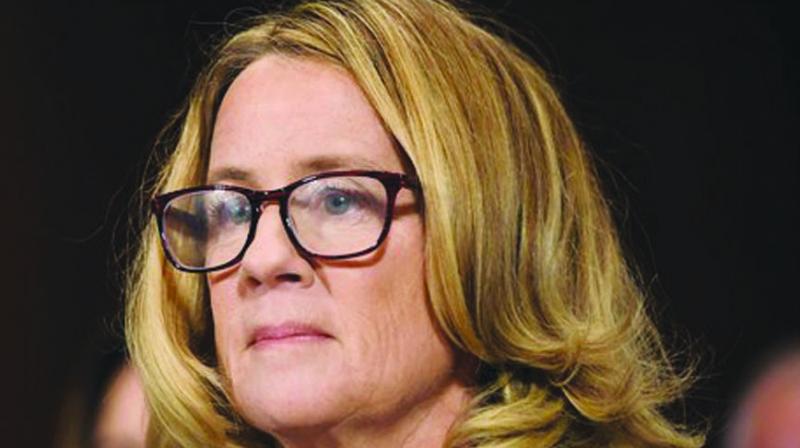 Washington: University professor Christine Blasey Ford said Thursday she believed she was going to be raped or accidentally killed during an alleged assault 36 years ago by Brett Kavanaugh, Donald Trump’s embattled nominee for the Supreme Court.

“I am here today not because I want to be,” Blasey Ford told members of the Senate Judiciary Committee in a charged hearing room.

“I am terrified,” she said, her voice quavering on the verge of tears as she recounted the details of the 1982 incident which she says took place at a party in a suburban Maryland home.

“I am here because I believe it is my civic duty to tell you what happened to me while Brett Kavanaugh and I were in high school,” Blasey Ford said.

Mr Kavanaugh was not present as the session — which could make or break his confirmation to the nation’s highest court — got underway. He is expected to testify later in the day.

The accusation, which Mr Kavanaugh steadfastly denies, has thrust the Trump administration into the #MeToo movement’s harsh glare, and threatens to derail a conservative effort to tilt the high court to the right for years to come.