Wanted: A Gawande to govern healthcare

Gawande says all learned occupations have a definition of professionalism - a code of conduct. 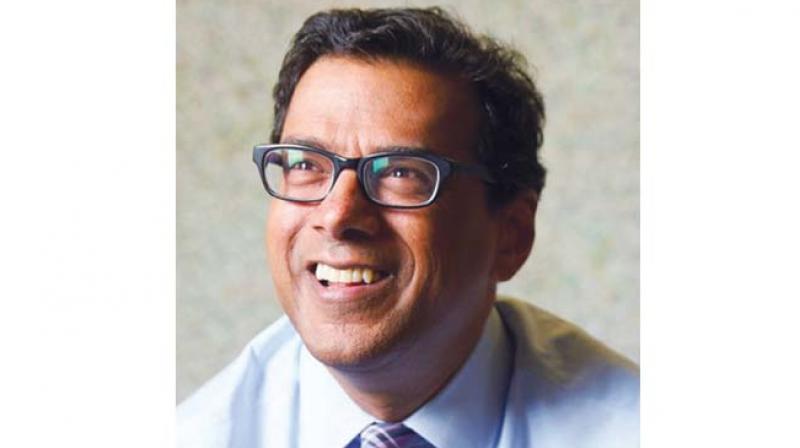 In The Checklist Manifesto, Atul Gawande, the noted US-based surgeon of Indian origin, speaks  about an accident in the Austrian Alps and a miraculous recovery. A family had been out for a short walk in the woods along with their three year-old daughter. The parents momentarily lost sight of  the girl and that was all it took. She had fallen into an icy fishpond. She was lost beneath the  surface for thirty minutes before they found her at the bottom of the pond. She was pulled out on to the shore. An emergency rescue team arrived at the scene eight minutes later and found the girl  unresponsive. She had no blood pressure, no pulse and she was not breathing. Her body temperature was just 66 degrees. Her pupils were dilated and did not react to light, indicating cessation of brain function. She was gone.

But the emergency team continued with their cardiopulmonary resuscitation. A helicopter took her  to the nearest hospital where she was wheeled directly into an operating room and a surgical team  hooked her onto a heart-lung bypass machine with one technician continuing to pump her chest. Two tubes were fitted, one into her femoral artery to take out blood and another into her femoral  vein to send the blood back. Between the transport time and the time it took to plug the machine into her, she had been lifeless for an hour and-a-half. By the two hour mark, however, her body rose by almost ten degrees, and her heart began to beat. It was her first organ to come back. The team tried to shift her from the bypass machine to a mechanical ventilator but the pond water and debris had damaged her lungs so severely that oxygen would not reach her blood. So they  switched her instead to an artificial-lung system known as ECMO, extracorporeal membrane oxygenation. To do this, the surgeons had to open her chest down the middle with a power saw and  then directly sew the lines from the ECMO on to her aorta and her now beating heart. In the intensive care unit, the team worked throughout the day and night on suctioning the pond  water and debris from her lungs with a fibre optic bronchoscope. By the next day, her lungs had  recovered sufficiently for the team to switch her from the ECMO to a mechanical ventilator. In the operating room, they were able to unplug the tubing and close her chest. Over the next two days, all the girl’s organs recovered, her liver, her kidneys, her intestines, all  except her brain. A scan showed global brain swelling so the team went one step further. It drilled a hole into the girl’s skull, threaded a probe to monitor the pressure and kept the pressure tightly  controlled through constant adjustments to her fluids and medication. For than a week, she lay  comatose. Then, slowly, she came back to life. Her pupils began to react to light and then she began to breathe on her own. And one day, she simply awoke. Two weeks after her accident, she went  home. Her right leg and left arm were partially paralysed. Her speech was thick and slurry. She  underwent extensive outpatient therapy. By the age of five, she had recovered her faculties  completely. Her physical and neurological examinations were normal. She was like any other  normal five year-old.  A miracle recovery after the girl lay for over two hours in a condition that would have once been  considered death?  ‘No’ says, Gawande.  ‘To save this one child, scores of people had to carry out  thousands of steps correctly :  placing the heart-pump tubing into her without letting in air bubbles, maintaining the sterility of her lines, her open chest, the exposed fluid in her brain, keeping a  temperamental battery of machines up and running. The degree of difficulty in any one of these  steps is substantial. Then you must add the difficulties of orchestrating them in the right sequence, with nothing dropped , leaving some room for improvisation’.  To this we must also add the efforts of CPR started initially by the parents after the girl was pulled out of the pond and then continued heroically by the paramedics, through the helicopter ride, on the  stretcher being wheeled into the operating room and right up to the point where the girl was hooked up into the heart-lung machine. Her heart was the first organ to come back.

Gawande says all learned occupations have a definition of professionalism - a code of conduct.  This code can vary but it has three common elements. First is an expectation of selflessness, that we accept responsibility for others, whether we are doctors, lawyers, teachers, public officials, soldiers or pilots, we will place the needs and concerns of others above our own. Second is an expectation of skill, that we will aim for excellence in our knowledge and expertise. Third is an expectation of  trustworthiness. We will be responsible in our personal behaviour towards those who are placed in  our trust. To this, Gawande says, we can add a fourth code, that of discipline. And discipline is hard, harder than trustworthiness, skill or even selflessness.  Gawande says, ‘above all, we need a different strategy, one that builds on experience and takes  advantage of the knowledge people have but somehow also makes up for our inevitable human  inadequacies. And there is such a strategy - it is a checklist’.  In his book, ‘Better’  Gawande comes up with five suggestions that can better our individual performance not just in medicine but also in other fields as well.  The first is - Ask an unscripted question.  Whenever you meet someone in a work situation or in an  interview, ask a question that does not go by the script. This may have something to do with a person’s likes or dislikes or even with the town where one is staying. This could lead to a more positive relationship. Second -  don’t complain. Complaints are the litany of our lives and bore  people. Say something positive about almost anything and the atmosphere in the room completely changes. Third - count something. Maybe, how often one has succeeded or failed. Or even how  many times we have changed people’s mind-set.  Fourth - write something. It need not be a treatise or long essay but just your small observation about your world. An audience is a community. The  published word is a declaration of the membership of that community and our willingness  to  contribute something meaningful to it.  Fifth - change. Look for the opportunity to change.  Gawande says, ‘individuals respond to new ideas in one of three ways. A few become early adopters. Most become late adopters. And some remain persistent sceptics who never stop resisting. One must be willing to recognise the inadequacies in what one does and seek solutions and thereby  improvement. Gawande has now been named the CEO of the Amazon-Berkshire-J.P. Morgan Chase Health  Partnership with responsibility to manage the healthcare needs of over one million patient - employees. He has now an unique opportunity to put his ideas into practice and to change the way healthcare is structured, paid for and distributed. If he succeeds, he may well play a bigger role in healthcare administration.