There were rumours on social media about Singh's death in March this year, too. 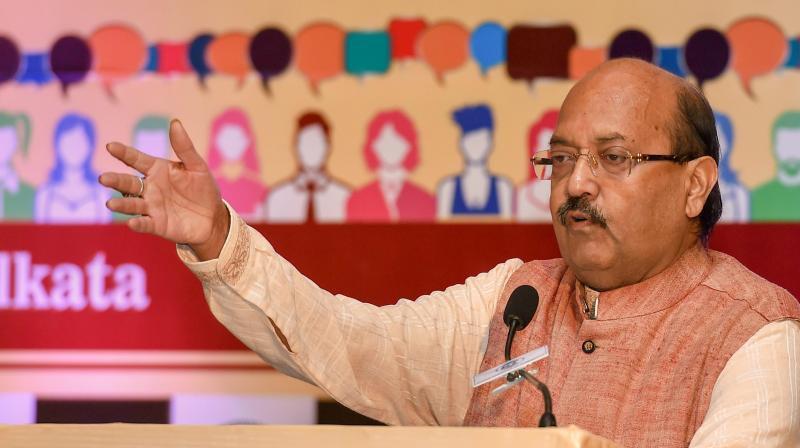 Singh had suffered a kidney failure in Dubai in 2013 but recovered to return to public life in 2016. He was elected to Rajya Sabha with the backing of Samajwadi Party, a party he was the general secretary of until January 2010, when he was expelled by the erstwhile party supremo Mulayam Singh Yadav.

As the general secretary of the SP, Singh was instrumental in saving the Congress-led UPA government from falling after the Left parties withdrew support from it in 2008 over the issue of nuclear deal.

Despite his illness, Singh was active on social media. Earlier today, he paid tribute to freedom fighter Bal Gangadhar Tilak on his 100th death anniversary and also wished his followers on Eid.

In fact, there were rumours on social media about Singh's death in March this year. But he tweeted "Tiger Zinda Hai" to put these rumours to rest.