There has been no headway in govt formation even a fortnight after Assembly poll results were announced on Oct 24. 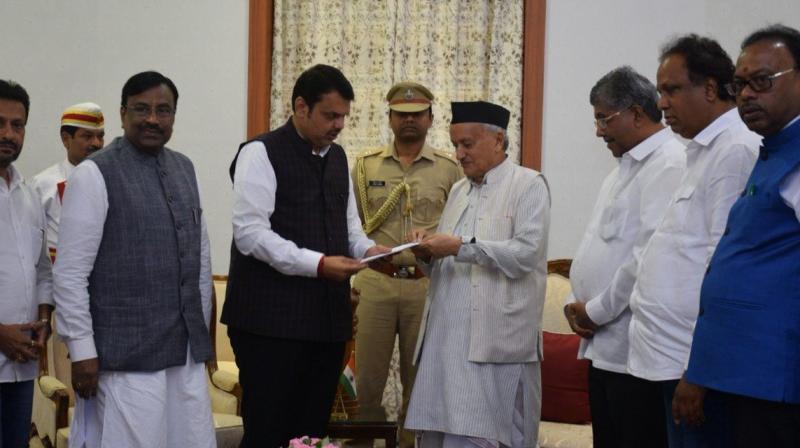 Mumbai: After engaging in a fortnight-long tug-of-war with ally Shiv Sena in Maharashtra, BJP's Devendra Fadnavis resigned from the post of Chief Minister on Friday evening.

The current Maharashtra assembly will be dissolved by today midnight.

The governor has asked Fadnavis to continue as acting CM until a new government is formed or an alternative arrangement is announced.

Reiterating that the BJP took full effort to communicate with the Sena, Fadnavis said, ''I phoned Uddhav Thackeray but he did not accept my calls.''

Fadnavis expressed his disappointment with the Sena saying that he was 'hurt' with remarks made against Prime Minister Narendra Modi, HT reported.

“I can understand if the Opposition criticises us, but Shiv Sena being in the government saying things about us, is not acceptable,” Fadnavis said.

He further said that no decision was taken in his presence on sharing CM post with the Sena for 2.5 years.

He thanked the people of Maharashtra, PM Narendra Modi and Home Minister Amit Shah for the trust reposed in his 5-year term as CM.

He also thanked the Opposition. "They did what any opposition would, that is, question the government."

There has been no headway in government formation even a fortnight after Assembly poll results were announced on October 24.

Sena secretary Milind Narvekar has written to the Mumbai police commissioner, seeking necessary protection for the party's MLAs till November 15.

In the letter, Narvekar said all MLAs would be staying at Retreat hotel in suburban Malad. He also said that Sena chief Uddhav Thackeray will be meeting his MLAs frequently for future decisions.

However, Fadnavis assured that the statements made by certain leaders saying BJP is trying to buy MLAs are false.

“We will not resort to horse-trading to form the government,” Fadnavis said.

The Shiv Sena chief stood his ground and said that the two parties, BJP and Shiv Sena had agreed on the equal sharing of power agreed upon in Amit Shah's presence.

''I am shocked, hurt over being labelled as liar. There was attempt to finish off Shiv Sena with sweet talk'', Uddhav said targeting BJP.

''We are firm on demand for CM's post,'' he reaffirmed.

The BJP and Shiv Sena are locked in a tussle over the issue of the chief minister's post, resulting in a stalemate in government formation despite the Assembly poll results giving the alliance a combined seat strength of 161, way past the 145 majority mark in the 288-member House.

(with inputs from PTI)