'Pakistan must take action against terrorists operating from its soil': EU envoy

India has repeatedly asked Pakistan to take action against terrorist groups operating from its soil. 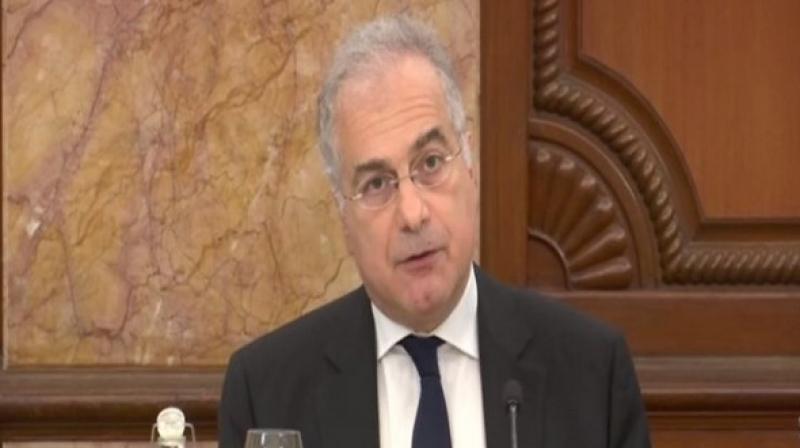 European Union ambassador to India, Ugo Astuto on Tuesday said that Pakistan must take action against terrorists operating from its soil. (Photo: File)

New Delhi: European Union ambassador to India, Ugo Astuto on Tuesday said that Pakistan must take action against terrorists operating from its soil.

"Pakistan must take action against militants and terrorists operating from its soil," Astuto said in a press conference here.

India has repeatedly asked Pakistan to take action against terrorist groups operating from its soil. This hasn't happened but on the other hand, the architects of 26/11 Mumbai attack like Hafiz Saeed, Maulana Zakiur Rehman Lakhvi and Sufayan Zafar continue to receive Pakistan military's patronage.

Bilateral relations between the two Asian neighbours worsened after New Delhi abrogated Article 370 in August that gave special status to the erstwhile state of Jammu and Kashmir.

Talking about Kashmir, the envoy said that India and Pakistan should resolve the issue through dialogue.

"Our position on Kashmir hasn't changed since August. We have stressed a dialogue between India and Pakistan through diplomatic channels; means of communication should be restored in Kashmir. Our position has been consistent," he added.

Expressing his views on the Citizenship (Amendment) Bill, 2019, Agusto said, "Principle of equality enshrined in Indian Constitution; hope it will be upheld."

The CAB, which seeks to give citizenship to refugees from the Hindu, Christian, Sikh, Buddhist and Zoroastrian communities fleeing religious persecution from Pakistan, Afghanistan, and Bangladesh was passed by Lok Sabha on Monday. The cut-off date for the citizenship bill is December 31, 2014.

A day after truce, Ashok Gehlot says Rajasthan MLAs could bear resentment to save democracy