Rajasthan election results: Congress wins, but who will be chief minister?

Trend that BJP and Congress parties are voted to power every five years will continue for another term. 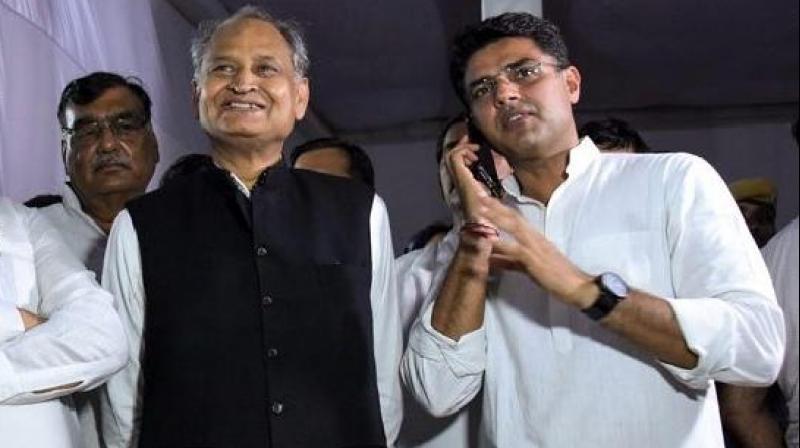 Rajasthan has a 200-member Assembly but polling on Alwar's Ramgarh constituency was postponed following the death of the BSP candidate. (Photo: PTI)

Jaipur: The Congress is headed towards victory in Rajasthan where it has managed wins and leads above the simple-majority mark, restricting the ruling BJP to less than 70 in the 199 seats that went to polls.

Rajasthan has a 200-member Assembly but polling on Alwar's Ramgarh constituency was postponed following the death of the BSP candidate.

The trend that the BJP and Congress parties are voted to power every five years will continue for another term.

Former chief minister Ashok Gehlot said people have given their mandate to the Congress and it would get the clear majority to form government.

“Congress will form the government. This is the mandate of public, which is in favour of the party. We will get clear majority and will also take along other parties or candidates who quit the BJP for us,” Gehlot told reporters.