Will support Congress in MP, Rajasthan to keep BJP out of power: Mayawati

BSP won two seats in 230-seat MP assembly, in which Cong has emerged largest party but is 2 short of majority mark of 116. 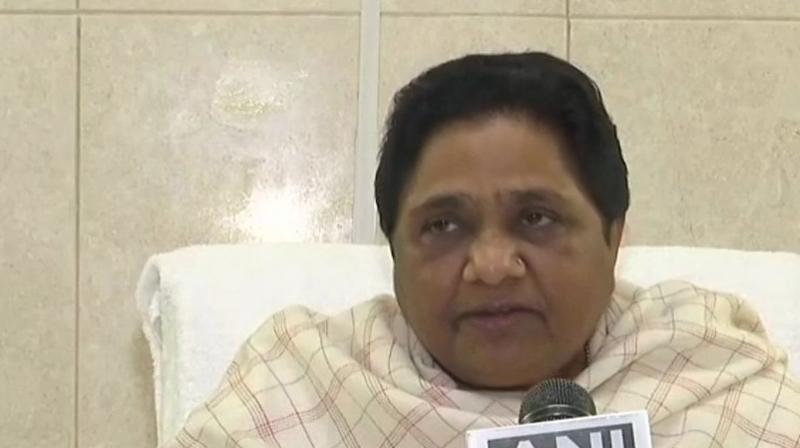 She also added that though BSP doesn’t agree with many of Congress’s policies but have agreed to support in Madhya Pradesh and if required they will extend support in Rajasthan. (Photo: ANI | Twitter)

New Delhi: The Bahujan Samaj Party chief Mayawati today said that BSP would support the Congress in Madhya Pradesh, to keep BJP out of power.

“Results show that people in states like Chhattisgarh, Rajasthan and Madhya Pradesh were totally against the BJP and its anti-people policies. As a result, voters chose Congress due to lack of other major alternatives,” said BSP chief.

She also added that though BSP doesn’t agree with many of Congress’s policies but have agreed to support in Madhya Pradesh and if required they will extend support in Rajasthan.

#WATCH: "To keep BJP out of power we have agreed to support Congress in Madhya Pradesh and if need be in Rajasthan, even though we don't agree with many of their policies,"says Mayawati, BSP #AssemblyElections2018 pic.twitter.com/1gr6RFRZHO

The BSP has won two seats in the 230-seat Madhya Pradesh assembly, in which the Congress has emerged the largest party but is two short of the majority mark of 116.