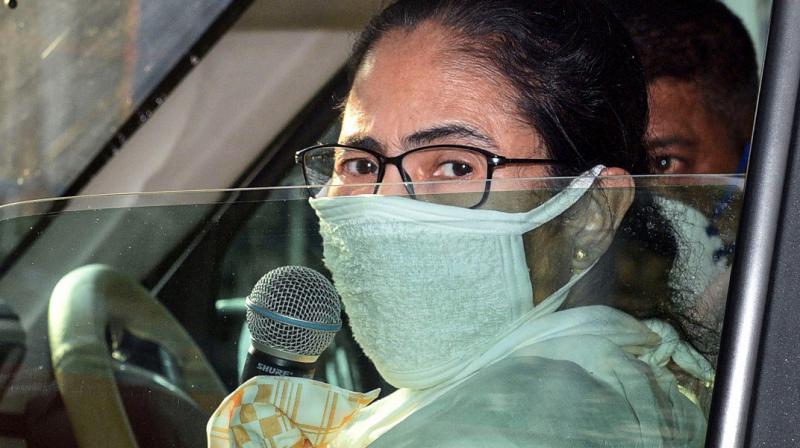 West Bengal CM Mamata Banerjee wearing a mask is seen in her car during the nationwide lockdown, in wake of the coronavirus pandemic, in Kolkata. (PTI)

Kolkata: A central team on Thursday visited a quarantine centre in Rajarhat area near here to take stock of the Covid-19 situation, an official said.

Two central teams are in West Bengal to look into the state's preparedness for tackling the COVID-19 outbreak.

The inter ministerial central team, which is in Kolkata, on Wednesday sought a detailed presentation from the West Bengal government on whether the level of testing in the state is adequate and enough oxygen and ICU beds and ventilators are available.

The central team in the state capital, led by Apurba Chandra, a senior bureaucrat in the Ministry of Defence, visited the quarantine centre in Rajarhat area in North 24 Parganas district, the official said.

The second central team in North Bengal, however, is yet to begin field visits, the official said.

Chief Minister Mamata Banerjee had slammed the Centre for sending teams to look into West Bengal's preparedness for tackling the covid-19 outbreak and alleged that faulty testing kits were dispatched to the state.

There has been a war of words broke out between the West Bengal and the Union governments over the arrival of two central teams in the state to assess the coronavirus situation.