Both the Centre and the state government delayed action. By the time they woke up, virus had spread in all states in the country, he says 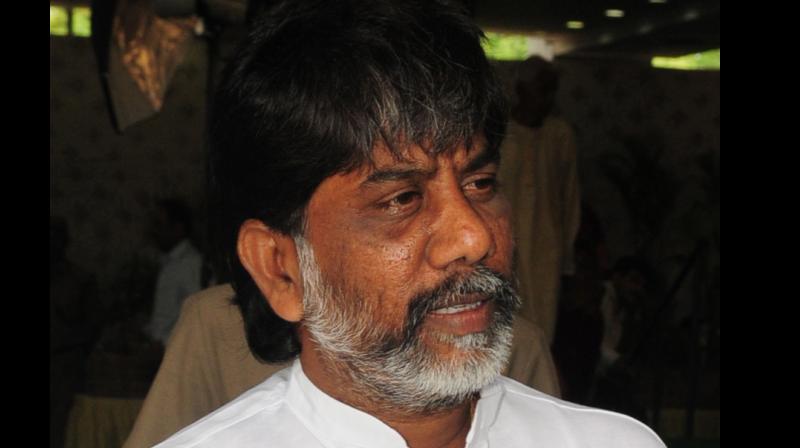 "I have never seen a CM like KCR. He feels he knows everything", says Cong leader

In an exclusive interview to Deccan Chronicle, Mallu Bhatti said that despite being a rich state, having all mechanisms and sufficient government staff in place, the CM was “doing nothing”.

“KCR is repeatedly asking the Centre to release funds. He should first say how much money has been released to gram panchayats to fight the Coronavirus,” the CLP leader said. Excerpts of an interview with S.N.C.N. Acharyulu.

How do you assess the steps taken by the state government in controlling Covid-19?

CM KCR has no proper plan to control Covid-19. He thinks the only way is to announce a lockdown. I had suggested this during the Assembly session and KCR had said that there was no way that the Coronavirus would come to the state. Lockdown is not the only way to control the Coronavirus, the state government has to take several other measures and this is where KCR has failed.

What are these additional measures?

The main purpose of the lockdown is to see that people do not come out of their homes. But the state government has allowed one person from each family to purchase essential commodities and vegetables. There is no supervision either of those who are coming out or the shop owners on whether they are following sanitisation norms or not. If the person who comes out is affected, his family will suffer and the main purpose of the lockdown is defeated.

What, then, should the government do?

Isn't government is supplying rice and distributing money to the people?

Are the hospitals in good shape?

There has been no recruitment of doctors, nurses and other technical staff in the past six years. Without recruiting staff, what is the use of increasing the number of beds? I had visited several hospitals in the past to see the plight of patients and staff. Hospitals do not have sufficient staff and equipment. I brought this to the notice of state government but it was of no use.

Isn't the Chief Minister is holding regular review meetings on the Coronavirus situation?

I have never seen a CM like KCR. He feels he knows everything. He never holds all-party meetings on any issue. He has never given an appointment to Opposition leaders. What is the use of holding review meetings with some officials who do ‘bhajana’ to him, and briefing the media? If all-party meeting are held, the Opposition parties will bring field-level problems to his notice.

Why do you feel the number of Coronavirus cases is increasing?

Both the Centre and the state government delayed action. By the time they woke up, Coronavirus had spread in all states in the country and in all districts in the state. The first case was found on January 30 and Centre imposed the janata curfew on March 22. By that time the damage had been done. While the world was facing Covid-19, how did the Prime Minister hold a meeting with one lakh people to welcome US President Donald Trump in February?

Has the Congress been speaking of farmers’ problems?

The state government is doing injustice to the farmers by profiting from their produce. The government says it has allotted Rs. 30,000 crore to purchase paddy and other crops.

The government will sell this later, but it is claiming that it is doing the farmers a favour. If the government allows private purchasers, farmers will get higher prices due to the increased competition. But the government is not allowing them.