Kerala handloom gets a fashionable upgrade

Kerala: Handloom gets dash of fashion with fresh designer pieces. 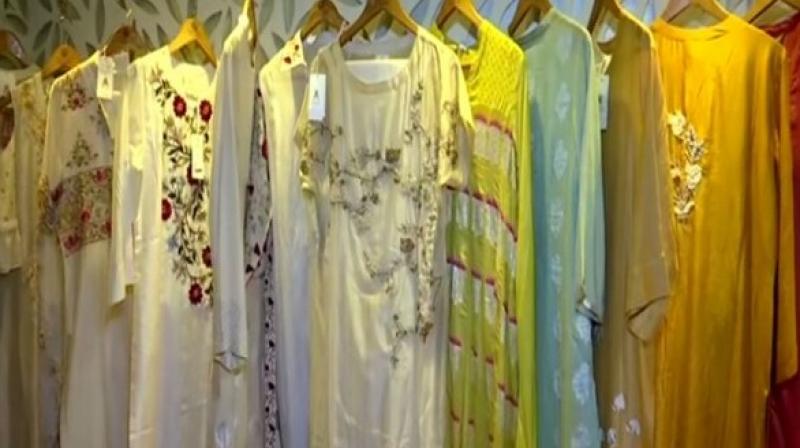 The festival is celebrated to commemorate the Great King Mahabali, who according to the legends is said to visit Kerala on this of this auspicious occasion. (Photo: ANI)

Trivandrum: Designers and young entrepreneurs in the state are coming up with new creative Handloom ideas around the annual harvest festival, Onam which kicked off earlier this month.

The 10-day long festivity witnesses people engaging themselves in activities like boat race, flower arrangement, tug of war but what stands out most is the beautiful Handloom attires they wear around this time.

With the demand of Handloom only restricted to Onam season in the state, a number of units were shut down. To cater to this problem, new-age designers have started experimenting in Handloom fashion to woo more and more Keralites into wearing the traditional fabric.

Taking inspiration from the nature around here, Shobha Ashwin, owner of Weaver's Village, a noted clothing brand, wishes to spread the message that Handloom is for all. "This year we want to spread this message across that Handloom for all. Inspired from nature, anyone can wear Handloom, doesn't matter what the age is, what background they come from, what complexion they have," she said.

The designer revealed that they played with the popular Boda and Kasava fabric and incorporated the two to weave out new soft fabric. "It is a soft fabric which is dyed in Aloe Vera and carries a different touch and feel," Shobha said.

"We have floral, check patterns in our Onam 2019 collection," she added. Introducing a new fashion isn't enough until it is propagated to the masses. To extend the reach of their latest Onam collection, the designer explained, "We recently did one campaign especially with people who are around us like Sheroes and Heroes."

Her brand also collaborated with some famous fashion designers of the country to bring out a fresh collection for this year's Onam festival. Shobha is using the service of small handloom units across Kerala to weave voguish dress. The festival is celebrated to commemorate the Great King Mahabali, who according to the legends is said to visit Kerala on this of this auspicious occasion.