Alcoholism may lead to dysfunction in specific brain pathway

Studies reveal that alcoholism is linked to brain pathways. 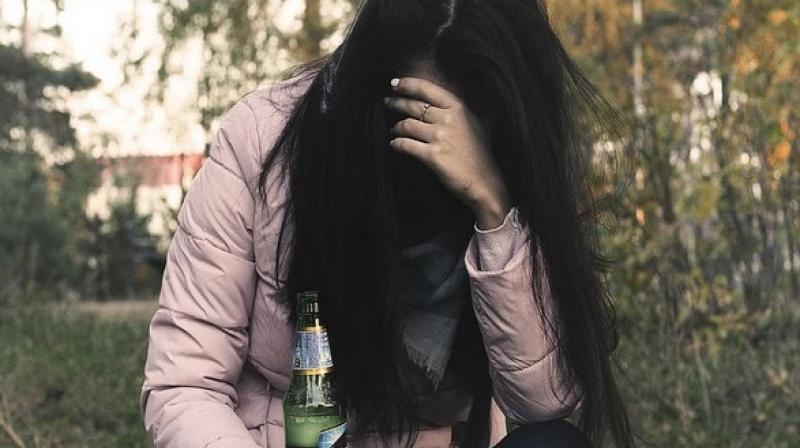 For devising effective treatments for alcoholism, scientists first need to understand the difference in the wiring of a normal person's brain and an alcoholic's brain. (Photo: ANI)

Washington: A recent scientific study states that alcoholism may be due to dysfunction in a specific brain pathway that normally helps keep drinking in check. The study was conducted by researchers of the National Institute on Alcohol Abuse and Alcoholism of the USA and was reported in the journal Biological Psychiatry.

"Difficulty saying no to alcohol, even when it could clearly lead to harm, is a defining feature of alcohol use disorders. This study takes us a step further in understanding the brain mechanisms underlying compulsive drinking," said researcher, Andrew Holmes.

Some complex human behaviour including emotion, anxiety and motivation are regulated by the outer layers of the brain-cortex that are primarily responsible brain processes like decision-making. Unlike other addictive substances like cocaine, alcohol has very broad effects on the brain.

Another researcher, Lindsay Halladay, "We want to understand how the brain normally regulates drinking, so we can answer questions about what happens when this regulation isn't happening as it should."

The researchers used mice as the subject of experimentation for conducting the research. "Current treatments just aren't effective enough, nearly half of all people treated for AUD (Alcohol use disorder) relapse within a year of seeking treatment," said Halladay. For devising effective treatments for alcoholism, scientists first need to understand the difference in the wiring of a normal person's brain and an alcoholic's brain.