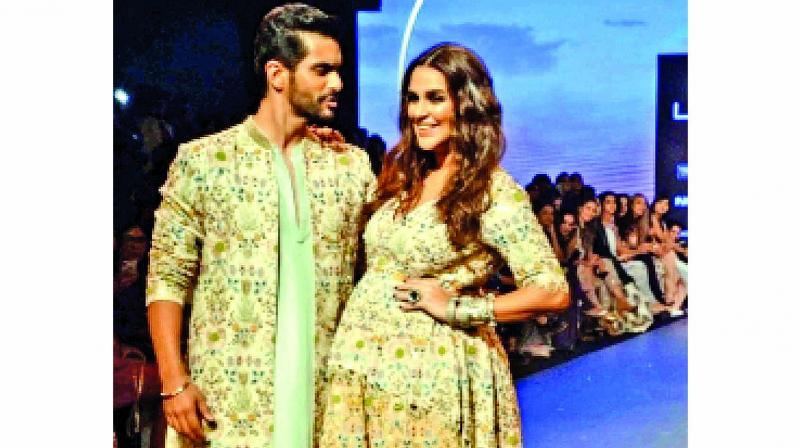 Neha Dhupia with her husband Angad in a file photograph used for representational purposes only.

It’s a battle that women have had to fight for ages. Facing discrimination and stereotypes; the most common illusion is a woman’s ability to work or look her best being challenged after having a baby. Neha Dupia who recently graced the Seventh edition of Femina Stylista West 2019 had no clue what was coming when she appeared as a judge at the show. A fashion magazine fat shamed her on her post-pregnancy weight gain in an article titled, “Neha Dupia Shocking Weight Gain Post Pregnancy”.

The actress took to Twitter, shared screenshots of the article that was published, saying, “I don’t owe anyone an explanation because fat shaming like this doesn’t bother me one bit. But I do want to address this as a larger problem because fat shaming needs to stop for EVERYONE not just celebs. As a new mom I want to be fit, healthy and energetic for my daughter. So I work out every day, sometimes twice a day because for me... ‘Fitness’ is a priority and not ‘fitting into’ society’s standards regarding looks. And I hope in the future people are kinder to each other while making such vapid and vile comments. To quote @pattonoswalt ... Be Kind. It’s chaos out there.” 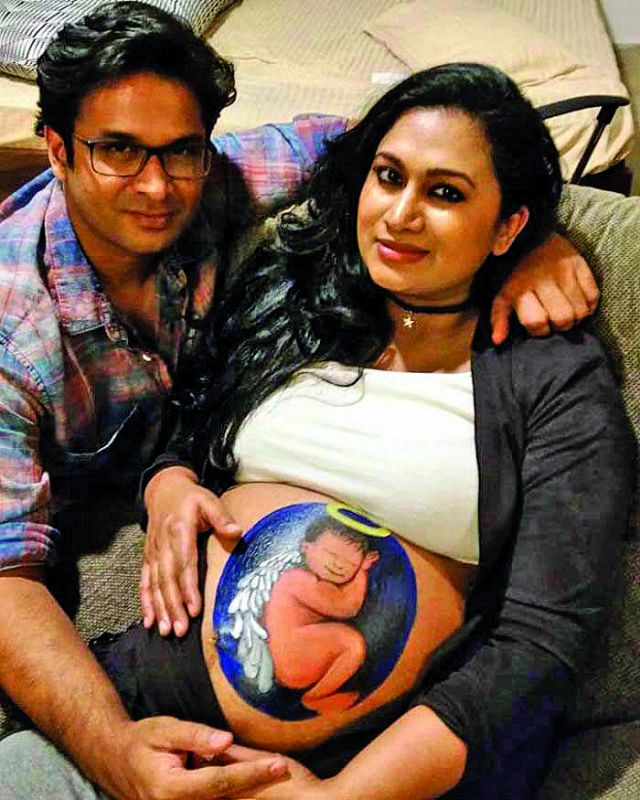 This harsh and public trolling has shocked many who came out in support for Neha, and actresses in the city address the deeper problem which focuses on how such ridiculous expectations need to be nipped in the bud.

Soon after she shared the tweet, her actor-husband Angad Bedi, Karan Johar, Sonam Kapoor, Taapsee Pannu and many other celebrities re-tweeted the post, and applauded Neha for slamming the magazine.

Actress Kareena Kapoor Khan, Aishwarya Rai, Meera Rajput and several other celebrities who have made public appearances during and post-pregnancy before they bounced back to their “perfect” figure have all had their share of comments.

So what is so shocking about a women gaining weight during her pregnancy? Actors who have had to face such criticism share how it has affected them.

Actress Shweta Srivatsava who gave birth to her daughter, Ashmitha in 2017 says, “I got my belly painting done during my pregnancy as my husband wanted me to get it done. On social media; many people commented badly about it, but of course, I did get lot of appreciation too. I feel that nowadays people have an opinion about everything celebs do, as they have access to speak their mind. It’s better that we don’t take them seriously. And about gaining weight, it is a natural process of pregnancy and varies from person to person. I haven’t got back to work yet but I am certain that it will matter and have some effect.”

Being in the spotlight isn’t easy confirms actresses Priyanka Upendra. She had two children and gained over 20 kilos during her pregnancy. She opted to give full attention to her children and resume work only once she was sure she could. She says, “After giving birth, my first concern was never to ‘get back in shape’. I wanted to take care of my children, and I lost the pregnancy weight gain over a span of one year, and naturally; The reason was, I wanted to be healthy. I think it is important for people to focus on post-pregnancy care and not to focus too much on how to and how much weight to lose. Being in a field like ours, I think it is important to have people in all shapes and sizes instead of putting so much pressure to follow a chart. And actors who do go under the knife and take up various other procedures do need to realise that these have side effects which will cost them in the future.”

Actor Vijay Raghavendra feels it’s better to ignore such trolls and comments, “The media and lay men today believe that they have the liberty to do or say anything, no matter how insensitive. What they don’t realise is that whether a woman gains or looses weight, be it during pregnancy or otherwise, it is none of their business. By standing up for herself, Neha has set a stepping stone for women who shy away from media during their pregnancy — to be comfortable in their own skin no matter what. It was a brave thing for her to do.”

All fields of work do possess challenges; while some help people grow others can completely crush them with immense pressure. Psychologist Neeta Pereira reveals how such pressure can affect new moms, “A women goes through a lot of hormonal changes during and post pregnancy. It is a tough time for them; tackling post-partum depression, adjusting to a new sleep schedule, nursing a baby. Added to this is the pressure of looking a certain way and having to go to extremes to actually live up to such demands. It can be very taxing. It’s very distressing and can be psychologically damaging to new moms and contribute to being one of the causes of post-partum depression. It can also take a toll on their self esteem.”