Rox-A's Bacheyaan Wangu is going to be released very soon

The songwriter is Kavy-Riyaz, while the music and composition of the song is given by Rox A himself. 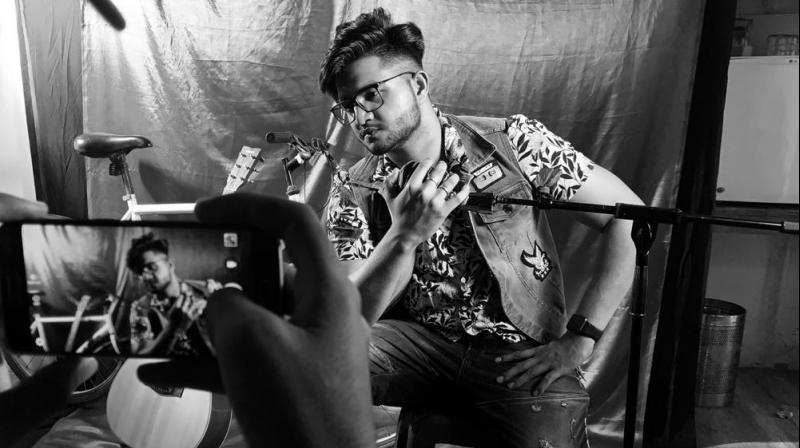 It is known that Rox-A gave music for many Punjabi songs, and surprisingly, each of his songs became famous and liked by the audience.

Rox A has become a well-known name in the Punjab industry. Every song from music director Rox A is seen millions of times on YouTube. Rox A, who has made such a big identity at such a young age, is not only a music director but also a very good singer. The proof of which he has already given by his song Parachhwan. The songwriter is Kavy-Riyaz, while the music and composition of the song is given by Rox A himself.

Rox A is once again coming to the audience with his upcoming song 'Bacheyaan Wangu', let us tell you that this song is also written by Kavy-Riyaz which is videoed by Reg-D. Rox A says that his fans are very fond of this song of him.

It is known that Rox-A gave music for many Punjabi songs, and surprisingly, each of his songs became famous and liked by the audience. Of which 'Yaari', 'Teri Nar', 'Vish' etc are special songs. The songs were highly liked by the audience and these songs have more than 200 million views on YouTube.

Very soon Rox A's music will be heard in Bollywood too. Gaana Music App has also nominated Rox-A for Best Music Composer for contributing so much to the music industry. Along with all these achievements, Rox-A is soon going to bring many more blockbuster songs which his fans are very fond of.